John Bradley Net Worth and Salary: John Bradley West is an English actor who has a net worth of $5 million. John Bradley West was born in September 1988 and grew up in the Wythenshawe district of Manchester. Bradley is best known for playing the role of Samwell Tarly in the TV series Game of Thrones. John graduated from the Manchester Metropolitan School of Theatre and Loreto College. His debut TV appearance came in the 2011 series Borgia playing Giovanni de Medici. Bradley's best known role has come since 2011 on the HBO drama television series Game of Thrones as Samwell Tarly. He has had recurring roles on the TV series Shameless and Merlin in 2012 and had an uncredited role in the film Anna Karenina the same year. Bradley is scheduled to star in the upcoming films Man-Up!, Traders, New Amsterdam, and Caesar. For his work on Game of Thrones Bradley was nominated for a Screen Actors Guild Award for Outstanding Performance by an Ensemble in a Drama Series in 2014. 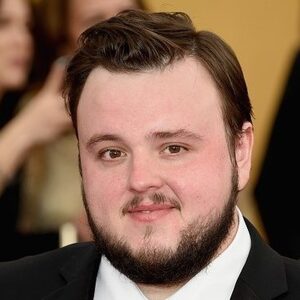