How much is John Bennett Perry Worth?

John Bennett Perry net worth: John Bennett Perry is an American actor, singer, and model who has a net worth of $5 million. John Bennett Perry was born in Williamstown, Massachusetts in January 1941. He is the father of actor Matthew Perry. He has more than 90 acting credits to his name and starred in the TV series 240-Robert from 1979 to 1981. Perry starred as Michael Caswell on the series Paper Dolls in 1984. From 1985 to 1986 he starred as Sheriff Floyd Gilmore on the television series Falcon Crest. He also appeared in films including Lipstick, The Legend of the Lone Ranger, Independence Day, Fools Rush In, George of the Jungle, and more. John Bennett Perry was nominated for a Daytime Emmy Award for Everyday in 1979 and won a Western Heritage Award in 1988 for Independence. He also appeared in episodes of TV series including Little House on the Prairie, The Love Boat, Magnum, P.I., Murder, She Wrote, L.A. Law, Friends, and more. 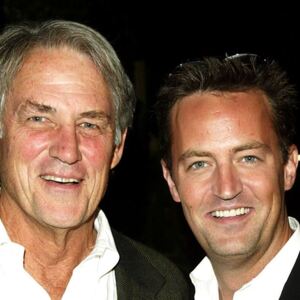