John Beck net worth: John Beck is an American actor who has a net worth of $150 thousand. John Beck was born in Chicago, Illinois in January 1943. He is best known for playing the role of Mark Graison on the television series Dallas. He started off acting in TV commercials.

Beck has over 100 acting credits to his name starting in 1965 in episodes of the TV series I Dream of Jeannie and Days of Our Lives. From 1971 to 1972 he starred as Ketcham on the series Nichols. Beck starred as Sam Curtis on the TV series Flamingo Road from 1980 to 1982. One of his best known roles came starring as Mark Graison on the series Dallas from 1983 to 1986. From 2001 to 2003 Beck starred as Bruce on the television series Passions. He starred in the movies Sleeper, Rollerball, The Big Bus, The Call of the Wild, Sky Riders, Audrey Rose, The Other Side of Midnight, Extreme Limits, and Militia. Beck was a boxer in the 1970s and won the heavyweight Golden Gloves title in Chicago in 1973. He also performed most of his own stunts in the movie Rollerball since he was a champion roller skater. 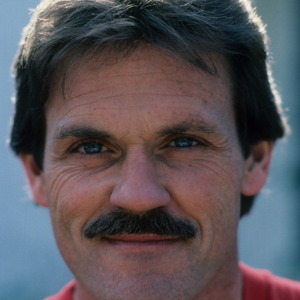