John Banner net worth: John Banner was an Austrian American actor who had a net worth equal to $3 million at the time of his death in 1973. He was best known for starring as Sergeant Schultz on the TV series Hogan's Heroes.

John Banner was born in Stanislau, Austria-Hungary in January 1910 and passed away in January 1973. He had more than 130 acting credits to his name starting in the film Spring Parade in 1940. From 1965 to 1971 he starred as Sgt. Schultz on the television series Hogan's Heroes. Banner had recurring roles on the TV series Rocky Jones, Space Ranger, Fireside Theatre, The Baileys of Balboa, and the Chicago Teddy Bears. He also appeared in more than 40 films including Once Upon a Honeymoon, The Fighting Guerillas, and more. He appeared in episodes of the TV series the Long Ranger, Adventures of Superman, Perry Mason, My Three Sons, Mister Ed, The Partridge Family, and more. John Banner passed away on January 28, 1973 at 63 years old. 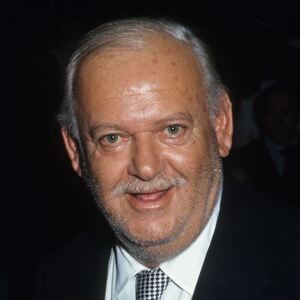