How much is John Astin Worth?

John Astin net worth and salary: John Astin is an American actor who has a net worth of $6 million. John Astin became famous by portraying mainly wacky and eccentric characters on prolific television programs over many decades. He is probably most famous for playing Gomez Addams in the 1960s version of The Addams Family.

After making a Broadway debut as an understudy in Major Barbara and providing his voice to various TV commercials, Astin's breakthrough role was in the 1961 film, West Side Story. With the help of actor Tony Randall, Astin began to appear in TV comedy shows in the 1960s.

From 1964 to 1966 he starred in his most memorable role, Gomez Addams, in the original version of The Addams Family. He performed the voice work for Gomez in the 1992-1993 animated re-make of the show. In 1998 he again returned to the Addams Family world when he played the role of Grandpapa Addams on The New Addams Family.

Outside of The Addams Family John Astin was a regular in other popular TV series. In 1967 he appeared in the Batman TV series as The Riddler. Astin also appeared as a sheriff in Murder, She Wrote and he had a reoccurring role in the 1980s sitcom Night Court. Astin's acting hasn't gone unnoticed – he received an Emmy nomination for providing his voice of Uncle Gomez in the cartoon version of The Addams Family. He also received an Academy nomination for producing and directing his film called Prelude.

Personal Life: From his first marriage to Suzanne Hahn, John has three sons. They divorced in 1972, He was married to actress Patty Duke from 1972 to 1985. Patty came to the marriage with a one-year-old baby son named Sean. John would soon adopt Sean who would take on his last name. Today the world knows Sean Astin from roles in many movies and TV shows. John and Patty also had a biological child of their own, a son named Mackenzie who was born in 1973. Mackenzie also became an actor. 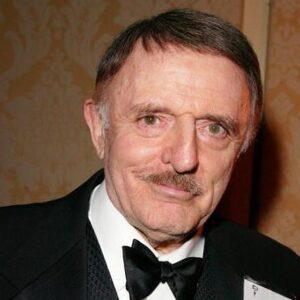