John Amos net worth: John Amos is an American actor and former football player who has a net worth of $3 million. John Amos is probably best known for his role on the CBS sitcom "Good Times" and for his Emmy-nominated performance in the 1977 miniseries "Roots." Among his other television credits are "The West Wing," "The Mary Tyler Moore Show," and "The District." Additionally, Amos has been on Broadway as well as in a variety of films, including "Coming to America" and "Die Hard 2."

Early Life and Career Beginnings: John Amos was born in 1939 in Newark, New Jersey to auto mechanic John Amos Sr. and his wife Annabelle. Raised in East Orange, New Jersey, he attended East Orange High School, graduating in 1958. Subsequently, he attended Long Beach City College in California, before graduating from Colorado State University with a degree in sociology. While enrolled at the latter school, Amos played on the football team; afterward, he became a Golden Glove boxing champ.

"Good Times" and Acting Career: Amos attracted widespread recognition for his first major role on television, appearing as weatherman Gordy Howard on "The Mary Tyler Moore Show" from 1970 to 1973. However, his best-known role was as middle-class family patriarch James Evans Sr., a character introduced on the CBS sitcom "Maude."

Amos continued playing James Evans Sr. from 1974 to 1976 on the sitcom "Good Times." He starred alongside Esther Rolle, who played his wife Florida Evans, as well as Jimmie Walker, Ralph Carter, and BernNadette Stanis, who played his three children. On the show, Amos sought to provide a positive image of an African-American family that was doing its best living in a poor neighborhood. However, he was increasingly dissatisfied with how the show's comedy often undercut its premise. As a result, Amos clashed with the show's writers, leading to his dismissal in 1976.

"Roots" and Further Television Work: Following "Good Times," in 1977, Amos starred in the leading role of Kunta Kinte in the milestone television miniseries "Roots," based on the eponymous book by Alex Haley. For his performance, he received an Emmy Award nomination. He starred in another miniseries in 1980, NBC's "Alcatraz: The Whole Shocking Story." Following this, Amos appeared in episodes of numerous shows, including "Here's Boomer," "Insight," "The Love Boat," "The A-Team," "Trapper John, M.D.," and "Hardcastle and McCormick." From 1984 to 1985, he played a recurring role on the NBC crime drama "Hunter." Subsequent credits included "One Life to Live," "Murder, She Wrote," "Stringray," "The Cosby Show," and "Gideon Oliver."

In 1994, Amos starred on the short-lived sitcom "704 Hauser," a modern-day spinoff of the sitcom "All in the Family." Throughout the rest of the 90s, he appeared on "The Fresh Prince of Bel-Air," "Touched by an Angel," and "Martin," and had a recurring role on the LL Cool J sitcom "In the House." From 1999 to 2004, Amos appeared in 22 episodes of the political drama series "The West Wing," playing the Chairman of the Joint Chiefs of Staff. Other major credits included the police procedural "The District," the sitcom "All About the Andersons," ABC's romantic dramedy series "Men in Trees," and the Netflix series "The Ranch." 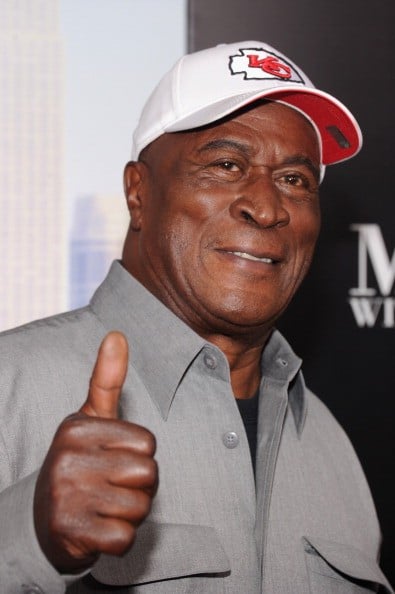 Film Career: On the big screen, Amos made his debut in 1971, first in an uncredited role in "Vanishing Point" and then as Biker in the blaxploitation film "Sweet Sweetback's Baadasssss Song." In 1973, he appeared in Disney's "The World's Greatest Athlete" alongside Tim Conway. Subsequently, he was in the action comedy "Let's Do it Again" with Sidney Poitier and Bill Cosby. Later, in the 80s, Amos was in such films as "Touched by Love," with Diane Lane; the fantasy film "The Beastmaster"; the horror adventure "Dances of the Dwarfs," starring Peter Fonda; the sports drama "American Flyers"; the Eddie Murphy comedy "Coming to America"; and the prison drama "Lock Up," costarring Sylvester Stallone and Donald Sutherland.

Amos started out the 90s in the anthology film "Two Evil Eyes" and the action sequel "Die Hard 2." He later appeared in "Ricochet," "Mac," "Night Trap," "For Better or Worse," and "The Players Club." In the 2000s, his credits included "All Over Again," "My Baby's Daddy," "Countdown," "Shadowboxing," and "Dr. Dolittle 3." Later on, he appeared in Tyler Perry's "Madea's Witness Protection," the action film "Bad Asses on the Bayou," the Adam Sandler crime drama "Uncut Gems," and the comedy sequel "Coming 2 America."

Theatrical Career: Beyond the screen, Amos has been involved in theater. He both produced and wrote "Halley's Comet," a one-man play that he performs internationally. Additionally, he was in August Wilson's "Gem of the Ocean," first on Broadway and then at Princeton, New Jersey's McCarther Theatre.

Personal Life: In 1965, Amos married equestrian and artist Noel Mickelson; they had two children, Shannon and K.C., and divorced in 1975. In 1978, Amos wed actress Lillian Lehman, and in 1979, got divorced.

A longtime resident of New Jersey's Tewksbury Township, Amos is also a veteran of the 50th Armored Division of the New Jersey National Guard. Additionally, he is an Honorary Master Chief of the United States Coast Guard. 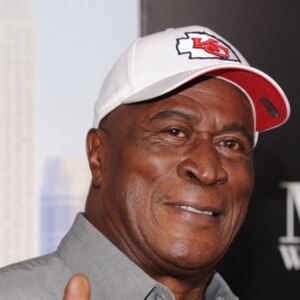