Johanna Braddy Net Worth: Johanna Braddy is an American actress who has a net worth of $3 million. Johanna Braddy was born in Atlanta, Georgia in August 1987. Her debut acting role came in the 2004 TV movie Pop Rocks. She made her TV series debut in Surface in 2005 and her feature film debut in the 2006 movie Broken Bridges.

In 2007 she starred as Tammy Simms on the television series The Riches. Braddy provided the voice of Princess Yue on Avatar: The Last Airbender from 2005 to 2007. In 2009 she starred as Jordan Reed in the TV series Greek. Since 2012 Braddy has starred as Jenny Matrix in the series Video Game High School. In 2014 she also starred as Anna in the TV series Un-Real. Johanna has also starred in the movies Home of the Giants, The Grudge 3, Wild About Harry, Hurt, Easy A, The Levenger Tapes, Paranormal Activity 3, The Collection, and Believe Me. She has also appeared in episodes of the TV series Cold Case, Lie to Me, Southland, Detroit 1-8-7, CSI: Miami, Leverage, Criminal Minds, CSI: Crime Scene Investigation, Suburgatory, Necessary Roughness, and Shameless. 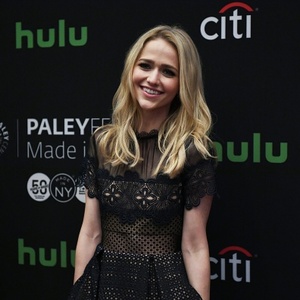