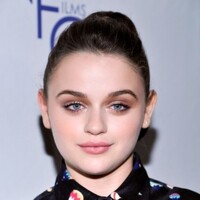 What Is Joey King's Net Worth?

Joey King is an American actress and producer who has a net worth of $4 million. King began acting in commercials as a child, and she is probably best known for playing Ramona Quimby in "Ramona and Beezus" (2010) and Elle Evans in "The Kissing Booth" film series (2018–2021). Joey earned nominations from the Primetime Emmys and Golden Globes for her portrayal of Gypsy Rose Blanchard on the Hulu true crime limited series "The Act" (2019).

Joey King was born Joey Lynn King on July 30, 1999, in Los Angeles, California. Joey is the daughter of Jamie and Terry King, and her older sisters, Hunter and Kelli, are also actresses. Hunter has won two Daytime Emmys for playing Summer Newman on "The Young and the Restless." King began her acting career at just 4 years old when she appeared in a commercial for Life Cereal, and she went on to star in commercials for companies such as AT&T and Eggo. She attended Simi Valley's Phoenix Ranch School and appeared in theatrical productions with the Stage Door Children's Theatre. In an interview with Tommy2.net, Joey said of her religion, "I'm part Jewish and part Christian, but I'm mostly Jewish."

In 2006, King guest-starred in two episodes of "The Suite Life of Zack & Cody," and her first film was 2007's "Reign Over Me," in which she had an uncredited role as the daughter of Adam Sandler's character. From 2006 to 2008, she had a recurring role as Sally Taylor on the CBS series "Jericho," and in 2008, she voiced Katie in "Horton Hears a Who!" and appeared in the horror film "Quarantine." Joey guest-starred on "CSI: Crime Scene Investigation" (2007–2008), "Medium" (2008), and "Ghost Whisperer" (2010), and she voiced Beaver Girl in 2009's "Ice Age: Dawn of the Dinosaurs." In 2010, she starred as Ramona Quimby in "Ramona and Beezus," which is based on Beverly Cleary's Ramona novels. In 2011, King appeared in the science-fiction film "Battle: Los Angeles" and co-starred with Steve Carell, Ryan Gosling, Julianne Moore, and Emma Stone in "Crazy, Stupid, Love." That year she also starred as Charlie Meyers on the short-lived NBC sitcom "Bent" and appeared in Taylor Swift's "Mean" music video. Joey played Young Talia al Ghul in 2012's "The Dark Knight Rises" and Christine Perron in 2013's "The Conjuring," and she appeared in the 2013 films "Family Weekend" and White House Down." 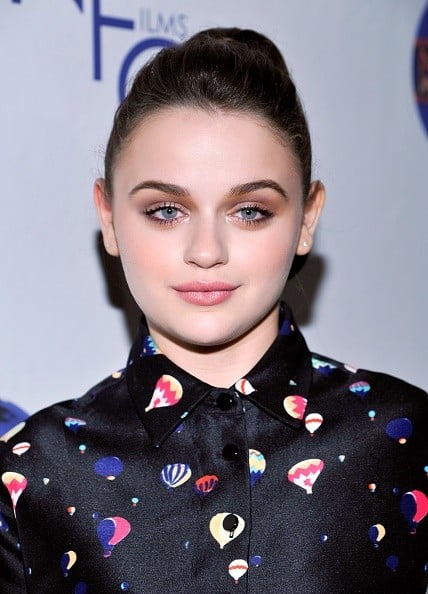 In September 2019, Joey began dating Steven Piet, who served as a director and producer on "The Act." In March 2022, King announced their engagement, writing on Instagram, "I never knew happiness could be so powerful that it can take the air from your lungs, overwhelming every part of you that you can't help but feel your eyes well from the undeniable joy. I never knew that a persons presence and heart could feel like a real home. I never knew love could be so unquestionably beautiful. I never knew until you. The date was 2/2/22 when you asked me to marry you and made me the luckiest lady alive. I love you more than an Instagram caption could ever do justice. Hanging out with you forever sounds like a real dream, so let's do it."

King won a Behind the Voice Actors Award for Best Female Vocal Performance by a Child for "Oz the Great and Powerful" in 2014, and for "Borealis," she received a Best Canadian Feature Film – Special Mention for Best Actress at the 2015 Vancouver International Film Festival and a Best Actress Special Jury Prize at the 2016 Canadian Filmmakers' Festival. She won a Kids' Choice Award for Favorite Movie Actress for "The Kissing Booth" (2019) and a People's Choice Award for Favorite Comedy Movie for "The Kissing Booth 2" (2020). Joey earned a Gold Derby Award nomination for Breakthrough Performer of the Year in 2019, and she has also received nominations from the Women's Image Network Awards ("Ramona and Beezus," 2010), The Joey Awards ("White House Down," 2014), and the Gotham Awards ("Wish I Was Here," 2014).