Joely Fisher Net Worth: Joely Fisher is an American actress who has a net worth of $10 million. Joely Fisher earned her net worth through her many acting roles in films and her guest roles on a variety of shows, as well as her roles on Broadway. Born on October 29, 1967, in Burbank, California, Joely Fisher is one of a handful Hollywood actresses to stand out as star of TV, musical theater and motion pictures. The daughter of Connie Stevens and Eddie Fisher, she has learned the flip side of the seemingly shiny show business. After her singer-addict father left them at the age of two, she was raised by her actress mother. Fisher grew up on the road, sleeping in orchestra pits during rehearsals. She first hit the stage at the age of seven in her mother's Las Vegas act. Fisher attended Emerson College, but left before graduating. In 1986, she made her movie debut as Averil in the comedy Pretty Smart, along with her younger sister, Tricia. At the same time, she earned a variety guest roles on TV shows like Blossom, Caroline in the City, The Outer Limits, Grace Under Fire and Coach. Her film credits have placed Joely opposite some of the finest actors in the industry, such as Jim Carrey in The Mask (1994), Steve Martin in Mixed Nuts (1994) and Nick Nolte in I'll Do Anything (1994). The same year, she landed her most prominent role to date, the role of Paige Clark on the sitcom Ellen. Joely played Dr. Brenda Bradford in the feature film Inspector Gadget (1999) opposite Matthew Broderick. She made her Broadway debut as a replacement in the revival of Grease (1994), followed by another replacement part in the revival of Cabaret (1998). In the early 2000s, she starred in Lifetime network's drama series Wild Card. She also had a recurring role on Desperate Housewives. From 2006 until 2010, Fisher could be seen opposite actor Brad Garrett as Joy Stark in the sitcom 'Til Death. Off-screen playing the roles of a wife and mother of three, Fisher has engaged in numerous philanthropic actions and she is an Artist Ambassador for the foundation Save the Children. 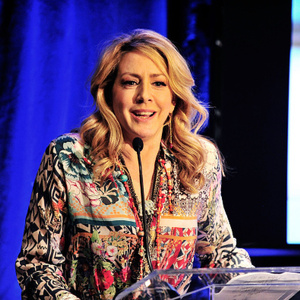