How much is Joel Murray Worth?

Joel Murray Net Worth: Joel Murray is an American actor who has a net worth of $4 million. Born in 1963 in Wilmette, Illinois, Joel Murray worked with Chicago's The Second City comedy troupe. He made his on-screen debut in 1986's "One Crazy Summer", playing George Calamari. He landed his first bigger TV role as Norris Weldon in 1990's "Grand", appearing in more than two-dozen episodes. In 1991, he appeared in 13 episodes of "Pacific Station" as Captain Ken Epstein, and in 1992, he scored the role of Ray Litvak on "Love & War". He played Litvak for 67 episodes from 1992 until 1995. Two years later, Murray starred on "Dharma & Greg" as Pete Cavanaugh until 2002. He played Danny Fitzsimmons on "Still Standing" from 2003 until 2006 and has a recurring part as Freddy Rumsen on the hit series "Mad Men". Murray is also known for his parts in movies such as "Monsters University", "God Bless America", "Hatchet", and "Awaydays". His other TV and film credits include "Cold Case", "American Body Shop", "Criminal Minds", "Hatchet II", "Mending Fences", "Two and a Half Men", "Criminal Minds: Suspect Behavior", "It's Always Sunny in Philadelphia", "My Boys", "The Artist", and "Shameless". Murray has been married to his wife, Eliza Coyle, since 1989. They have four children together. Murray runs a restaurant with his brothers Bill Murray and Brian Doyle Murray called "Caddyshack", which is named after the iconic comedy film. 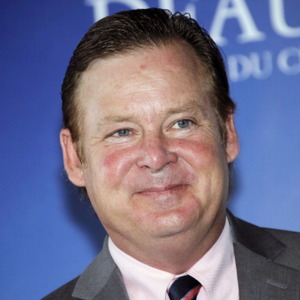