What is Joel McHale's Net Worth and Salary?

Joel McHale is an American comedian, actor and television personality who has a net worth of $14 million dollars. For many years he was best-known as the host of E!'s pop culture wrap up "The Soup." He gained national prominence after starring in NBC's sitcom "Community." He hosted The Soup from 2004 to 2015 and starred on Community from 2009 to 2015.  Today he is a sought-after film and television actor.

His other notable television credits have included "The Great Indoors," "Stargirl," and the reboot of the game show "Card Sharks," which he hosts. On the big screen, McHale has appeared in such films as "The Informant!," "The Big Year," "Ted," "Adult Beginners," and "Happily."

Joel McHale was born November 20, 1971 in Rome, Italy. The family was living in Italy while his father Jack worked as the Dean of Students at Loyola University Rome Center. After moving around a bit, the family settled in suburban Seattle, Washington. Joel graduated from Mercer Island High School then the University of Washington where he earned a bachelor's degree in History and a Master of Fine Arts degree from the Professional Actors Training Program. He graduated in 1995.

McHale began his television career in 1996 on "Almost Live!," a local Seattle sketch comedy show. Following this, he appeared in episodes of a number of shows, such as "Bill Nye the Science Guy," "The Huntress," "The Fugitive," "Diagnosis: Murder," and "Will & Grace."

McHale found his big break in 2004, when he began hosting the satirical E! series "The Soup," which recapped various moments in contemporary pop culture with a sardonic edge. He also served as a writer and executive producer on the show, which had a hugely successful run over 618 episodes through 2015. In the years after he started hosting "The Soup," McHale appeared in episodes of "CSI: Miami," "Thank God You're Here," and "Pushing Daisies."

In 2009, McHale landed his biggest television role yet on the NBC sitcom "Community," starring as overweening former lawyer Jeff Winger, who enrolls at Greendale Community College after being disbarred for lying about having a bachelor's degree. A critically acclaimed show that slowly became an audience favorite, "Community" ran for six seasons through 2015. During this time, McHale appeared in episodes of various shows, including "Sons of Anarchy" and the animated series "Phineas and Ferb" and "Randy Cunningham: 9th Grade Ninja." He also hosted the Independent Spirt Awards, the VGX Awards, the White House Correspondents' Dinner, and the ESPY Awards. From 2016 to 2018, McHale had a recurring role on the revival of "The X-Files." Also during that time, he starred as magazine publisher Jack Gordon on the CBS sitcom "The Great Indoors."

McHale debuted his own talk show, "The Joel McHale Show with Joel McHale," on Netflix in 2018. The program combined celebrity guest interviews with sketches and video clips focused on pop culture. McHale followed this with a recurring role on "Santa Clarita Diet," and with a guest panelist position on "The Masked Singer." In 2019, he began hosting the reboot of the game show "Card Sharks." Two years later, he hosted the competition series "Crime Scene Kitchen." McHale's other credits have included episodes of "Mr. Iglesias," "Black-ish," "Dummy," "The Twilight Zone," and "American Housewife." He also had a recurring role as Sylvester Pemberton in the first two seasons of "Stargirl," before becoming a series regular in season three. 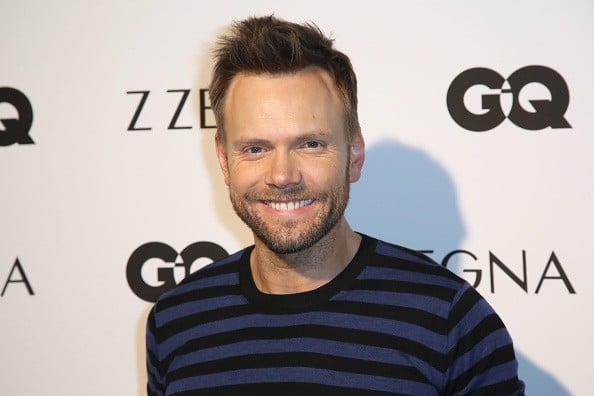 McHale first appeared on the big screen in 2004, when he had a bit part in the superhero sequel "Spider-Man 2." He followed this with small roles in "Lords of Dogtown" and "Mini's First Time." McHale had his first leading role in a film in 2008, when he voiced the mule deer Elliot in the animated sequel "Open Season 2." The next year, he had a notable supporting part as FBI Special Agent Robert Herndon in the biographical crime comedy "The Informant!," starring Matt Damon. McHale was subsequently in "Spy Kids: All the Time in the World," "What's Your Number?," "The Big Year," and "Ted."

In 2014, McHale played the ex-husband of Drew Barrymore's character in the comedy "Blended." He was in three other titles that year: the supernatural horror film "Deliver Us from Evil," the dramedy "Adult Beginners," and the black comedy "A Merry Friggin' Christmas." McHale was in four more films in 2018; they were "Assassination Nation," "A Futile and Stupid Gesture," "Game Over, Man!," and "The Happytime Murders." In 2020, he lent his voice to the direct-to-video animated martial arts film "Mortal Kombat Legends: Scorpion's Revenge," playing the character of Johnny Cage. He reprised this role in the 2021 entry "Mortal Kombat Legends: Battle of the Realms." McHale's other film credits have included "Becky," "Happily," and "Queenpins."

How much did Joel McHale make per year as host of The Soup? $2 million. At his peak, McHale earned $60,000 per episode of Community.

In 2018 Joel hosted 18 episodes of a Soup-like show for Netflix called "The Joel McHale Show with Joel McHale".


In 1996, McHale wed Sarah Williams; together, they have two sons named Isaac and Eddie, and reside in the Hollywood Hills of Los Angeles. Following the diagnosis of his sons as dyslexic, McHale discovered he also has the reading disorder.

McHale is a football fan, and supports the Seattle Seahawks. He is also a fan of the Los Angeles Gladiators esports team. McHale attends a Presbyterian church, and is an advocate of the LGBTQ+ community.

In October 2014 they paid $5.15 million for a gated mansion in Studio City, California. 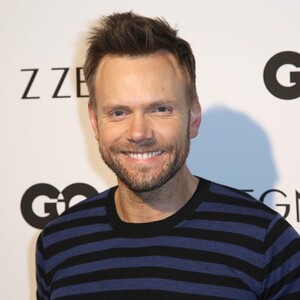