What is Joel Kinnaman Net Worth and Salary?

Joel Kinnaman is a Swedish-American actor who has a net worth of $14 million. Although Kinnaman started his career with Swedish films such as "Easy Money" and film series like "Johan Falk," he later ventured into a number of Hollywood productions and experienced considerable success. His transition to Hollywood films was marked by appearances in movies like "Robocop" (the 2014 remake) and "Suicide Squad."

In terms of television work, Kinnaman is probably best known for appearing in series such as AMC's "The Killing," in which he plays Detective Stephen Holder. Joel also appeared in series like "Altered Carbon" and "House of Cards." Towards the end of the 2010s, Kinnaman continued his film career with roles in movies like "Hanna" and "For All Mankind."

Charles Joel Nordström Kinnaman was born on November 25th of 1979 in Stockholm, Sweden. Although his mother is a Swedish citizen, Joel's father is an American Vietnam war deserter who eventually settled in Sweden. Through his mother's side, Kinnaman has Jewish heritage. From a very early age, Joel was speaking English with his parents.

One of his earliest experiences with American culture came during his high school years, when he spent time in Texas as an exchange student. After graduating, Kinnaman traveled the world while working various jobs to support himself. He visited places like Norway, the French Alps, Southeast Asia, and Southeast America.

Joel's entertainment career began at a very early age, and as a child actor he was appearing in Swedish soap operas. His older sister helped him gain roles, as she was dating a director at the time. Despite this, Kinnaman eventually decided to give up acting as a child after appearing in 22 episodes of a soap opera called "Storstad."

In 2002, Joel dived back into acting and studied drama at a post-secondary institution. During his time as an acting student, he managed to book a number of roles in Swedish films like "Hannah med H" and "God Save the King." During this period, Kinnaman also worked as a stage actor in Gothenburg. After graduating from Malmö Theatre Academy in 2007, Joel continued with his stage acting career and won widespread media attention for his role in "Crime and Punishment," which was staged in Gothenburg.

Over the next year or so, Kinnaman starred in nine different Swedish films. Notable roles came with the film "In Your Veins" and the film series "Johan Falk." His role in the latter film series won him a number of awards and international exposure. This prompted Joel to hire an agent in the United States, who then helped him land a role in his first international film: "The Darkest Hour." 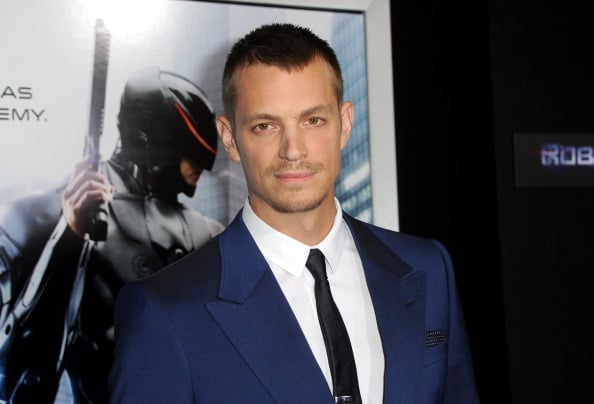 After the release of "The Darkest Hour" in 2011, Kinnaman immediately had another opportunity to advance his career with a notable role in the AMC series "The Killing." This series was actually based on a Danish television series that had been released earlier. With greater exposure, Joel was able to audition for lead roles in massive blockbusters such as "Thor" and "Mad Max: Fury Road."

Although Joel missed out on these roles, he managed to book the lead in the 2014 remake of "RoboCop." During this period, he appeared in films like "Safe House" and "Lola Versus." Further roles came with movies like "Run All Night," "Child 44," "Suicide Squad," and "Edge of Winter."

In the late 2010s, Joel made appearances on a number of notable television shows. After playing Governor Will Conway in "House of Cards" for two seasons, he went on to book the lead character in "Altered Carbon." In 2018, he joined the cast of the Amazon Prime Video series "Hanna." That year, he also joined the case of Apple TV+'s "For All Mankind." During this period, he also continued his film career with roles in movies like "The Informer."

Although Kinnaman was married to Swedish tattoo artist Cleo Wattenström, they ended their relationship in 2018 after three years together. Joel then went on to date Kelly Gale, a Swedish-Australian model.

Kinnaman grew up with pectus excavatum, a medical condition that causes the appearance of a caved-in chest. After he booked a role on "Altered Carbon," Joel had two metal bars inserted into his sternum as part of a corrective surgery. His chest now appears to be normal.

In 2014, it was reported that Kinnaman had purchased a home on the Sunset Strip for $2.245 million. Spanning over 2,500 square feet, Joel's home features three bedrooms and 2.5 bathrooms. There are also wood floors, large windows with superb views of the city, and a concrete-faced fireplace. Outside, Kinnaman's home offers a surprisingly large amount of yard space with stone-tiled terraces, a swimming pool, and views of the Pacific ocean.

Two years later in 2016, Joel Kinnaman ostensibly picked up another Californian home, although this time he bought a residence in Venice. The residence cost him a sum total of $3.749 million, and it features 3,343 square feet with three bedrooms. Features include wood floors, marble countertops, and a neatly-decorated yard.

In 2016, Kinnaman also pushed forward in his attempt to sell his home on the Sunset Strip. The Hollywood Hills residence didn't seem to be attracting many buyers, so he cut the price down from $2.795 million to $2.35 million. This means that Joel was seemingly content to sell his property at a loss, having originally acquired it for $2.45 million years earlier. In 2017, Vinnie Guadagnino bought this home for $3.5 million for this house and in August 2021 Vinny listed it for $3.85 million,