Joel Grey net worth: Joel Grey is an American entertainer, more specifically an actor, singer, dancer, and photographer who has a net worth of $10 million. Grey has starred on the stage as well as in film and on television. He is one of the few people to have won an Academy Award, a Tony Award, and a Golden Globe Award, among numerous other awards and accolades over the course of his long career in show business. He is one Emmy shy of being in the exclusive "EGOT" club.

Joel Grey was born in Cleveland, Ohio in April of 1932. His entertainment career began when he was just a child, beginning by acting in the Cleveland Play House in his hometown. He won a Tony Award for originating the role of the Master of Ceremonies in the Broadway musical Cabaret, which eventually became his signature role. He also starred in Broadway productions of Chicago, Wicked, and Anything Goes among others.

In 1995 Grey starred as the titular Wizard in a staged concert of The Wizard of Oz in Concert: Dreams Come True that was broadcast on cable channel TNT. His first motion picture role came in the feature film About Face in 1952. On television Grey has had recurring roles in the TV series December Bride, Lawman, Brooklyn Bridge, Touched by an Angel, Oz, Alias, and more. In 1972 he starred in the film version of Cabaret and won an Academy Award for Best Supporting Actor, a Golden Globe Award for Best Supporting Actor and a BAFTA Award for Best Newcomer. For his role in the 1984 film Remo Williams: The Adventure Begins Grey was nominated for a Golden Globe Award and Saturn Award for Best Supporting Actor. He was awarded a star on the Hollywood Walk of Fame for Live Performance in 1985 at 6753 Hollywood Blvd. In January 2015 Grey opened up about his sexuality saying that he is a gay. 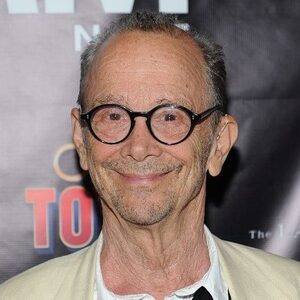