Joel Gretsch Net Worth: Joel Gretsch is an American actor who has a net worth of $3 million. Joel Gretsch was born December 20, 1963 in St. Cloud, Minnesota. Best known for his roles as Tom Baldwin on the USA Network series The 4400, as Owen Crawford in Steven Spielberg's 2002 science fiction miniseries Taken and as Father Jack Landry on V, Gretsch studied acting at the Guthrie Theater in Minneapolis before moving to Los Angeles, California in 1989.

He made appearances in several stage productions, notably productions of Tartuffe and Danny and the Deep Blue Sea. Soon thereafter he made television appearances, beginning with his debut on the pilot episode of Freshman Dorm. Gretsch went on to play several guest roles on television, starring in shows such as Married… with Children, Saved by the Bell: The New Class, Melrose Place, Friends, JAG, Pacific Blue and Beyond Belief: Fact or Fiction. He made his first film appearance in 1999 when he was cast in a supporting role in the thriller Kate's Addiction. His first major television role was in 2002 when he was cast in Steven Spielberg's television miniseries Taken. His next major role was in the science fiction series The 4400 as Tom Baldwin. Gretsch also has a notable film career, playing roles in the films The Legend of Bagger Vance, Minority Report, The Emperor's Club and National Treasure: Book of Secrets. He has also been cast in guest roles on NCIS, CSI: NY and CSI: Miami. He also played the father of the protagonist Dan Vasser (Kevin McKidd) in Journeyman and Lindsay Boxer's (Angie Harmon) love interest in Women's Murder Club. 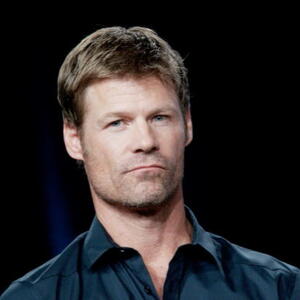