From 1999 to 2000 he starred as Cameron Greene on the television series The Strip. Viterelli appeared in several films including State of Grace, Mobsters, Ruby, The Firm, Bullets Over Broadway, The Crossing Guard, Black Rose of Harlem, Heaven's Prisoners, Eraser, American Strays, Out to Sea, Looking for Lola, Mafia!, Analyze This, Façade, Mickey Blue Eyes, Hitman's Run, A Walk in the Park, Wannabees, See Spot Run, Italian Ties, The Cure for Boredom, Shallow Hal, Donzi: The Legend, Serving Sara, and Analyze That. He also appeared in episodes of the TV series The Commish. In 1994 he was nominated for an Awards Circuit Community Award for Best Cast Ensemble in Bullets Over Broadway. Joe Viterelli passed away on January 28, 2004 at 66 years old from complications from heart surgery. 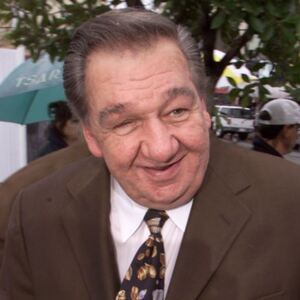