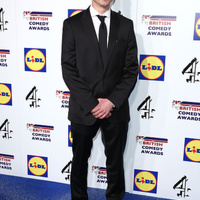 Joe Thomas net worth: Joe Thomas is an English actor who has a net worth of $2 million. Joe Thomas was born in Chelmsford, Essex, England in October 1983. He was a member of the Footlights and attended Pembroke College, Cambridge. From 2008 to 2010 he starred as Simon Cooper in the television series The Inbetweeners. Thomas starred as George Wright in the TV series Chickens from 2011 to 2013. From 2011 to 2013 he also starred as Kingsley in the series Fresh Meat. Thomas has starred in the movies The Inbetweeners Movie, The Inbetweeners 2, and Scottish Mussel. He wrote and created the television series Chickens which he also starred in.