Joe Penny Net Worth: Joe Penny is an English actor who has a net worth of $500 thousand. Joe Penny was born Joseph Edward Penny Jr on June 24 1956, in London, England. He rose to fame mainly in the 1980s. Penny was the son of an American father and Italian mother and spent most of his childhood in Marietta, Georgia.

After his parents' divorce, he moved with his mother to California. A high-school student at the time, Penny attended Marina High School in Huntington Beach, California. Never a high-profile student, he seemed to be more interested in playing football and basketball, rather than taking extra-curricular activities like drama classes. Long before he realized that acting was his true calling, Penny did a great variety of odd jobs, including washing postal trucks, crew foreman and dishwasher. Under Lee Strasberg's, the dark and hunky 'tough guy' actor soon learned the craft, especially excelling at playing heroes and mobsters. Once he broke the ice with a minor role on the series Forever Fernwood in 1977, Penny could be seen in numerous TV films. He also made many guest appearances on hit television shows, such as Touched by an Angel,Lou Grant, CHiPs, Flamingo Road, The Sopranos, 7th Heaven, Tucker's Witch, Boomtown and CSI. It was in the mid 1980's that he reached the peak of his career with his roles as Nick Ryder on the detective series Riptide from 1984–1986, and as Jake Styles in the CBS television series Jake and the Fatman from 1987-1992. As for his major subsequent appearances, they include a role opposite Lea Thompson in the mystery series Jane Doe (2005) on the Hallmark Channel. 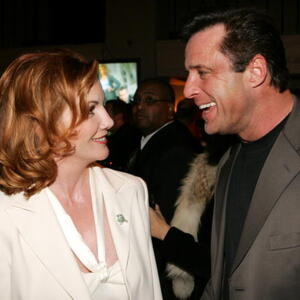