What is Joe Pantoliano's Net Worth and Salary?

Joe Pantoliano is an American actor of the screen and stage who has a net worth of $8 million. Joe Pantoliano has over 150 credits to his name. On the big screen, he is known for his roles in such films as "The Goonies," "La Bamba," "The Fugitive," "The Matrix," "Memento," and the "Bad Boys" trilogy. Pantoliano has also appeared on numerous television series over the years, including "Hill Street Blues," "NYPD Blue," "The Sopranos," and "Sense8."

Some of his best career roles include Ralph Cifaretto on The Sopranos, Bob Keane in La Bamba, Cypher in The Matrix, Teddy in Memento, Francis Fratelli in The Goonies, Guido "the Killer Pimp" in Risky Business and Jennifer Tilly's violent mobster boyfriend Caesar in Bound. He also played Deputy U.S. Marshal Cosmo Renfro in both The Fugitive and U.S. Marshals.

He won an Emmy in 2003 for Best Supporting Actor for his work on The Sopranos.

He is often referred to as "Joey Pants", because of the difficulty some people have pronouncing his Italian surname Pantoliano.

Joe Pantoliano was born on September 12, 1951 in Hoboken, New Jersey to Italian-American parents Dominic and Mary. His father was a factory foreman and hearse driver, while his mother was a seamstress and bookie. As a youth, Pantoliano moved with his family to the New Jersey borough of Cliffside Park, where he went to Cliffside Park High School. Later, he studied at the performing arts organization HB Studio in New York City.

In 1974, Pantoliano made his film debut playing a mugger in "Road Movie." He returned to film in the early 80s with roles in "The Idolmaker," "Monsignor," and "The Final Terror." In 1983, Pantoliano rose to fame playing the pimp Guido in "Risky Business." His star continued to rise over the ensuing years with memorable roles in "Eddie and the Cruisers," "The Mean Season," "The Goonies," "La Bamba," and "Empire of the Sun," among other titles. Pantoliano had another notable role in the 1988 action comedy "Midnight Run," playing a deceitful, foul-mouthed bail bondsman. He subsequently appeared in such films as "Downtown," "Blue Heat," "Zandalee," "Used People," and "Three of Hearts."

In 1993, Pantoliano earned recognition for his role as Deputy U.S. Marshal Cosmo Renfro in the action thriller "The Fugitive." He would reprise this role later in the decade in the spinoff film "U.S. Marshals." Pantoliano had a number of other major roles during the 90s. In 1995, he played Captain Conrad Howard in the buddy cop action comedy "Bad Boys." The following year, he played mafioso Caesar in the crime thriller "Bound," the directorial debut film of the Wachowski siblings. Pantoliano reunited with the Wachowskis in 1999 to play Cypher in their science-fiction action film "The Matrix." Among his other notable credits during the decade are "Robot in the Family," "Baby's Day Out," "The Immortals," "Taxman," and "The Life Before This." 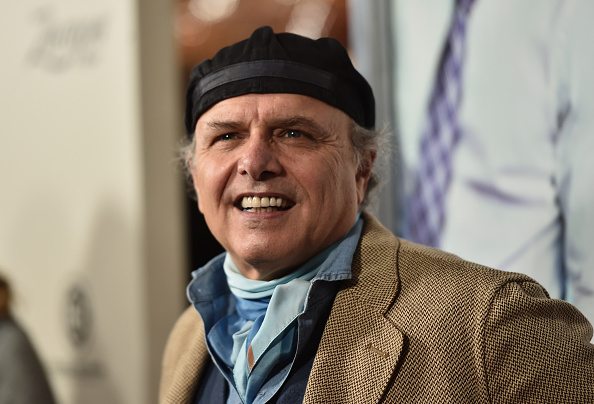 Pantoliano began the new millennium with roles in the buddy comedy "Ready to Rumble" and the mystery thriller "Memento." He was subsequently in "Cats & Dogs," "A Call for Help," and "The Adventures of Pluto Nash." In 2003, Pantoliano played Ben Urich in the Marvel Comics superhero film "Daredevil," and reprised his role as Captain Conrad Howard in "Bad Boys II." He went on to appear in such films as "Racing Stripes," "The Amateurs," "Canvas," "Unknown," "The Job," and "Deadly Impact."

In 2010, Pantoliano reprised his role as the Chinese Crested dog Peek in the spy comedy "Cats & Dogs: The Revenge of Kitty Galore." Also that year, he played the abusive stepfather of the titular character in the action fantasy film "Percy Jackson & the Olympians: The Lightning Thief." Pantoliano next appeared in the documentary "New York Street Games" and the dramedy "Loosies." His subsequent credits have included "The Identical," "Just Getting Started," "Feast of the Seven Fishes," "From the Vine," "Bad Boys for Life," and "Hide and Seek."

Pantoliano first appeared on the small screen in the 1977 television film "McNamara's Band." He was next in episodes of the sitcom "Free Country" and the drama series "From Here to Eternity." In the early 80s, Pantoliano appeared in the television film "Alcatraz: The Whole Shocking Story," and was in episodes of such series as "Hart to Hart," "M*A*S*H," "Chicago Story," and "Hardcastle and McCormick." His other credits during the decade included the shows "Hill Street Blues," "Trapper John, M.D.," "L.A. Law," and "Tales from the Crypt." Kicking off the 90s, Pantoliano had a main role on the short-lived sitcom "The Fanelli Boys." Subsequently, he was in the television film "Through the Eyes of a Killer." In 1994, he voiced a Jack Russel Terrier named Sparky on the Saturday morning cartoon series "Beethoven." This was followed by appearances on "The Marshal," "NYPD Blue," "Life with Louie," and "Arliss." In the latter half of the 90s, Pantoliano had a main role on the crime series "EZ Streets" and a supporting part on the animated show "Godzilla: The Series."

Pantoliano had his biggest and most acclaimed role on a series yet from 2001 to 2004, when he played Ralph Cifaretto on the HBO crime series "The Sopranos." For his performance, he won an Emmy Award for Outstanding Supporting Actor in a Drama Series. While still on the show, Pantoliano had a main role on another crime series, "The Handler," and also starred on "Dr. Vegas." His other credits have included the shows "Roswell," "How to Make it in America," "Deadbeat," "Sense8," and "MacGyver," and the television films "Lake Placid: Legacy" and "The Santa Stakeout."

In 1979, Pantoliano wed his first wife, Morgan Kester. The pair divorced in 1985. Later, in 1994, Pantoliano married former model Nancy Sheppard, with whom he has four children.

Having struggled with clinical depression for about a decade, Pantoliano founded a non-profit organization called No Kidding, Me Too! in order to help erase stigmas around mental illness. 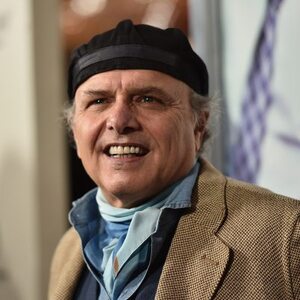