Joe Morton Net Worth: Joe Morton is an American actor who has a net worth of $4 million. Joseph Thomas "Joe" Morton, Jr. was born October 18, 1947 in The Bronx, New York City, New York. Most widely known for recently portraying the Mysterious Man in the second season on ABC's Scandal, he has also appeared in a number of television, film and stage projects.

Joe Morton started his acting career in Broadway productions such as Hair and Raisin, where he was nominated for a Tony Award. As a film actor, he starred in more than 70 movies and has guest-starred on television programs such as Smallville, Equal Justice, Law & Order and All My Children. He also became part of the television series Eureka portraying Henry Deacon. He has worked with film director John Sayles in The Brother from Another Planet (1984), City of Hope (1991) and Lone Star (1996). Other films Joe Morton has appeared in include Terminator 2: Judgment Day (1991), Of Mice and Men (1992), Speed (1994), Apt Pupil (1998), What Lies Beneath (2000), Ali (2001), Paycheck (2003), Stealth (2005) and American Gangster (2007). In 2014, Morton won an Emmy for Outstanding Guest Actor in a Drama Series. In October 1984, Morton married Nora Chavooshian, the production designer for The Brother from Another Planet and they have three children-daughters Hopi and Seta and son Ara. They also have a grandson named Moses. 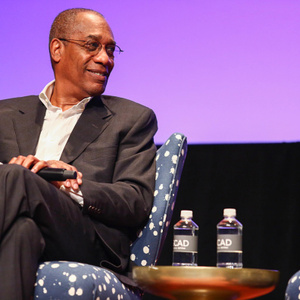