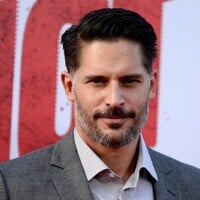 What is Joe Manganiello's Net Worth and Salary?

Joe Manganiello is an American actor, fitness author, director, and producer who has a net worth of $40 million. Joe Manganiello found his way to theater in tried and true fashion.  He was a multi-sport athlete in high school, and played the lead in his school's musical his senior year.  After a torn MCL curtailed his football career his senior year, he decided to audition for Carnegie Mellon's School of Drama.  He was not accepted, but spent the next year honing his craft at the University of Pittsburgh and then re-auditioned.  This time, he made it in.  After graduating with a BFA in Acting in 2000, he relocated to Los Angeles, where he landed his first role as Eugene "Flash" Thompson in "Spider Man".  From there, he went on to roles on a range of television shows, including "So Notorious", "Las Vegas", "Jake in Progress", "Close to Home", "Scrubs", "American Heiress", "How I Met Your Mother", "One Tree Hill", 'Til Death", "CSI", "CSI: NY", and "CSI: Miami".  More recently, he co-starred in the films "Magic Mike" and "How I Met Your Mother". He is also widely recognized for his work as Alcide Herveaux on the hit paranormal drama, "True Blood".

Joseph Michael Manganiello was born in Pittsburgh, Pennsylvania, on December 28, 1974. His mother, Susan (née Brachanow), is of Armenian, Austrian, and Croatian ancestry, and his father, Charles John Manganiello, is of Italian descent. Manganiello was raised in Mt. Lebanon, Pennsylvania, along with his younger brother, Nicholas. He attended Mt. Lebanon High School, where he was an outstanding student athlete, playing football, basketball, and volleyball all at the varsity level. He also participated in student theater productions, such as a production of "Oklahoma!" his senior year.

Following a series of sports-related injuries during his senior year of high school that effectively put a halt to pursuing a career in sports, Manganiello instead auditioned for the Carnegie Mellon School of Drama. He did not get in, and opted to enroll at the University of Pittsburgh, but he reapplied to Carnegie Mellon a year later and was one of a total of 17 students to be accepted into the prestigious program.

While at Carnegie Mellon, Manganiello performed in numerous theater productions around Pittsburgh. He graduated with a BFA in acting in 2000, and moved to Los Angeles to pursue more acting opportunities. He was quickly signed to a talent agency there and landed the role of Eugene "Flash" Thompson, Peter Parker/Spider-Man's main rival, in the 2002 film "Spider-Man", directed by Sam Raimi.

Following his debut in "Spider-Man", Manganiello began landing regular television work. Some of the shows he appeared on during this time include VH1's "So Notorious" (2006), on which he played Tori Spelling's boyfriend; "Jake in Progress" (2006); "CSI: Crime Scene Investigation" (2006); "Las Vegas" (2006); "Close to Home" (2006); "Scrubs" (2007); "American Heiress" (2007); four episodes as Officer Litchman on NBC's "ER" (2007); and three seasons of "One Tree Hill" as the bartender Owen Morello. He also appeared in a few theater productions, including "The Chick Magnet" in May 2007 in New York City, a 2008 production of "A Streetcar Named Desire" for the West Virginia Public Theatre, and "Unusual Acts of Devotion" at the La Jolla Playhouse in June 2009.

In 2009, Manganiello landed the role of Alcide Herveaux, a werewolf, on the third season of the HBO show "True Blood" (2010 – 2014). He remained in this role for 42 episodes. Manganiello worked hard to prepare for the role. He not only familiarized himself with the novels that the series was based on, but also grew out his hair and beard, trained twice a day to add muscle, studied the actions and behaviors of live wolves, and got a suntan. For his work on "True Blood", Manganiello received widespread recognition and growing popularity—he even won the 2011 Scream Award for Breakout Performance – Male, a Saturn Award for Best Guest Starring Role in Television, and a NewNowNext Award. 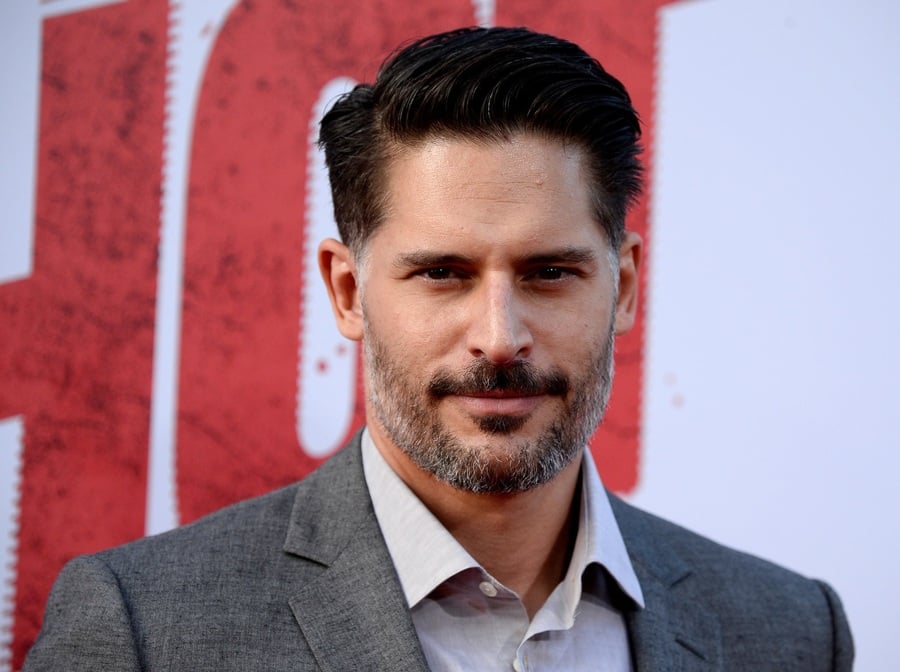 While he was still appearing on "True Blood", Manganiello worked on several other films and projects. He appeared as a guest on the shows "White Collar" and "Two and a Half Men", and also starred in the film "What To Expect When You're Expecting" (2012). Then, in 2012, he was cast as Big Dick Richie in the film "Magic Mike", directed by Steven Soderbergh. His co-stars in the film include Channing Tatum, Alex Pettyfer, Matt Bomer, and Matthew McConaughey. "Magic Mike" turned out to be a cultural phenomenon and box office hit, resulting in the sequel "Magic Mike XXL" in 2015 (which also featured Manganiello). Other films he appeared in include "Sabotage" (2014), with Arnold Schwarzenegger; "Knight of Cups" (2015); the romantic comedy "Tumbledown" (2015); "Pee-wee's Big Holiday" (2016); "Justice League" (2017), in which he plays Slade Wilson/Deathstroke in the DC Extended Universe; and "Rampage" (2018). Additionally, he appeared in stage productions like a production of "A Streetcar Named Desire" at the Yale Repertory Theater in New Haven, Connecticut.

Manganiello also made his own documentary film, "La Bare", which he financed, directed, and produced along with his brother Nick for the Slamdance Film Festival. Within 24 hours of his documentary's initial screening at the festival, Manganiello had sold both the international and domestic rights to the film. Another film he directed and produced was the 2007 documentary "DieHardz", about Pittsburgh Steeler fans that congregate together at bars in Los Angeles, California. In 2017, Manganiello won a Mid-Atlantic Emmy award for his work as the narrator of the sports documentary "Pittsburgh Is Home: The Story of the Penguins", which documents the first 50 years of history of the hockey team the Pittsburgh Penguins. In addition to his acting and directing endeavors, Manganiello is also a published author, and released his first book, "Evolution", in late 2013 through Simon & Schuster's Gallery Books. 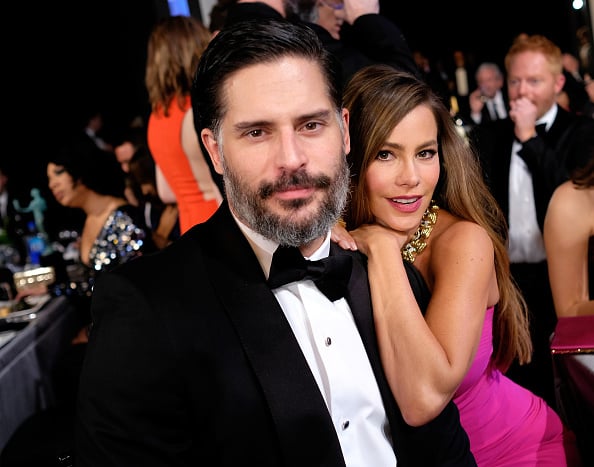 After dating for six months, Manganiello became engaged to actress Sofia Vergara on Christmas Day, 2014. In November 2015, they got married in Palm Beach, Florida. He actively supports several charities, but his main charity focus is UPMC Children's Hospital of Pittsburgh, serving on their board of trustees. Manganiello is a noted fan and player of the game Dungeons & Dragons. He has played the game on the web show "Critical Role", as well as shows like "Nerd Poker" and "CelebriD&D".

In 2014, prior to their marriage, Sofia paid $10.6 million for a large home in Beverly Hills, California. In July 2022, Sofa and Joe put this home up for sale for $19.6 million. The 11,000 square-foot home was totally renovated and features a pool, large gym, spa and movie theater.

In June 2020 she and Joe plunked down $26 million for an incredible mansion in the gated community of Beverly Park high up in the mountains of Beverly Hills. Baseball legend Barry Bonds owned the house from 2002 to 2014 when he sold it for $22 million to a Russian billionaire.