How much is Joe Lo Truglio Worth?

Joe Lo Truglio net worth: Joe Lo Truglio is an American actor, comedian, and writer who has a net worth of $5 million. Joe Lo Truglio was born in Ozone Park, Queens, New York in December 1970. From 1993 to 1995 he starred on the television series The State. Joe Lo Truglio starred as Billy on the TV series Horrible People in 2008. From 2005 to 2009 he starred as Deputy Frank Rizzo on the series Reno 911!. In 2013 he starred as Alex on the television series Burning Love. One of his best known roles came starring as Charles Boyle on the TV series Brooklyn Nine-Nine beginning in 2013. Joe Lo Truglio has appeared in several films including Wet Hot American Summer, The Station Agent, Hitch, The Ten, Superbad, Pineapple Express, Role Models, Fanboys, I Love You, Man, Gulliver's Travels, Paul, Pitch Perfect, Wreck-It Ralph, About Last Night, Pitch Perfect 2, and more. In 2013 he won two Behind the Voice Actors Awards for Wreck-It Ralph. 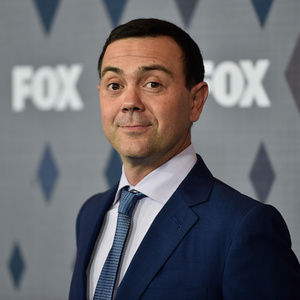