Joe Lando net worth and salary: Joe Lando is an American actor who has a net worth of $3 million. He is best known for starring as Byron Sully on the television series Dr. Quinn, Medicine Woman from 1993 to 1998. He appeared in 143 of the show's 149 episodes. Joe was named as People Magazine's 50 Most Beautiful People in the World in 1993.

Joe Lando was born in Prairie View, Illinois in December 1961. Lando starred as Peter Scarbrow on the TV series Higher Ground in 2000. From 2005 to 2006 he starred as Pete Ritter in the series Wildfire and in 2012 Lando starred as John Blackwell on the television series The Secret Circle. Lando has starred in the films Seeds of Doubt, Born Wild, and more. He has also appeared in episodes of the TV series One Life to Live, Guiding Light, The Nanny, JAG, NCIS, Melrose Place, and more. Lando won a Western Heritage Award for Fictional Television Drama for Dr. Quinn, Medicine Woman in 1997. 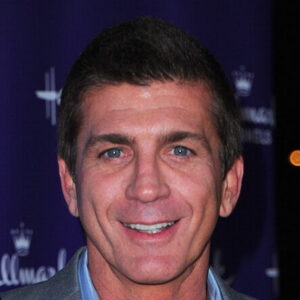