Joe Gnoffo net worth: Joe Gnoffo is an American actor and reality television personality who has a net worth of $300 thousand. Joe Gnoffo first appeared in 2006 starring in the movie The Benchwarmers and appearing on an episode of the TV series According to Jim and in the video Blood Ranch. In 2007 he starred in the films The Minis and Equal Opportunity and appeared on the TV series Drake & Josh. Gnoffo starred in the video The 41-Year-Old Virgin Who Knocked Up Sarah Marshall and Felt Superbad About It in 2010. The same year he appeared in an episode of the television series Desperate Housewives. Gnoffo starred in the short Texas Toast in 2011 and the film Mirror Mirror: The Untold Adventures of Snow White in 2012. The same year he starred in the film Beach Bar: The Movie and appeared on the series Hollywood Angels. In 2014 he starred in the short Rumpelforeskin. Gnoffo stars in the reality TV series Little Women: LA. He married his co-star Terra Jole in 2015. Joe plays drums in a Nirvana tribute band called Nirvanish and was formerly in the band Post Trauma who released two albums. 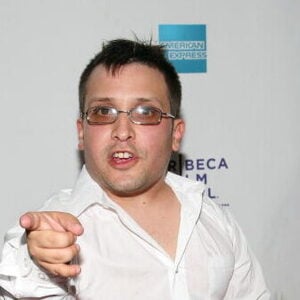