Joe Flanigan net worth: Joe Flanigan is an American actor and writer who has a net worth of $4 million. Joe Flanigan was born in Los Angeles, California in January 1967. From 1995 to 1996 he starred as Brian Kohler-Voss on the television series Sisters. Flanigan starred as Julian Lodge on the TV series First Monday in 2002.

One of his best known roles came starring as John Sheppard on the series Stargate: Atlantis from 2004 to 2009. Joe Flanigan has appeared in several films and episodes of TV series including A Reason to Believe, Farewell to Harry, Thoughtcrimes, Good Day For It, Six Bullets, Murphy Brown, Dawson's Creek, Providence, Profiler, Judging Amy, CSI: Miami, Stargate SG-1, Fringe, and more. He has also written episodes of the TV series Stargate Atlantis. He worked on Capitol Hill and is a competitive downhill skier. He was married to painter and actress Katherine Kousi. 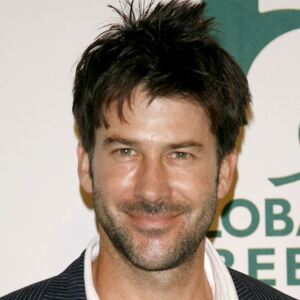