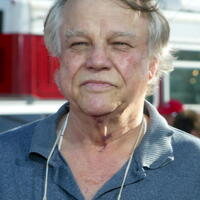 Joe Don Baker net worth: Joe Don Baker is an American actor who has a net worth of $3 million. Joe Don Baker was born in Groesbeck, Texas in February 1936. He starred in several westerns and starred as Chief Earl Eischied in the television series Chief of Detectives from 1979 to 1980. In 1985 he starred as Darius Jedburgh in the TV mini-series Edge of Darkness. Baker had a recurring role as Tom Dugan in the series In the Heat of the Night in 1989. He had starred in several films including Guns of the Magnificent Seven in 1968, Wild Rovers in 1971, Charley Varrick in 1973, Walking Tall in 1973, Mitchell in 1975, Final Justice in 1985, and Fletch in 1985. He starred as Brad Whitaker in the Bond movie The Living Daylights in 1987 and starred as Jack Wade in the movies GoldenEye and Tomorrow Never Dies. Baker won an Independent Spirit Award in 2014 for Mud.