Joe Alwyn net worth: Joe Alwyn is an English actor who has a net worth of $4 million. He is probably best known for starring in films like Billy Lynn's Long Halftime Walk and the Favourite.

Joe Alwyn was born in North London, England in February 1991. He studied at the Royal Center School of Speech & Drama. Alwyn acted in productions at the Edinburgh Fringe Festival. He starred as Billy in the movie Billy Lynn's Long Halftime Walk in 2016. Joe Alwyn starred as Adrian Finn in the film The Sense of an Ending in 2017. In 2018 he starred in the movies Mary Queen of Scots, Boy Erased, The Favourite, and Operation Finale. He starred in the film Harriet in 2018 and starred as Bob Cratchit in the 2019 TV mini-series A Christmas Carol. Alwyn won several awards for The Favourite including a Gold Derby Award, an Online Film & Television Association Award, and a Satellite Award. 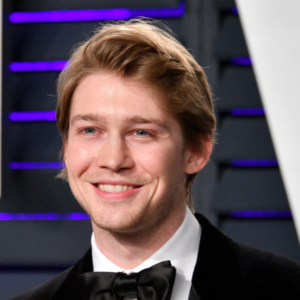