How much is Jodie Whittaker Worth?

Jodie Whittaker net worth and salary: Jodie Whittaker is an English actress who has a net worth of $6 million. Jodie Whittaker was born in Skelmanthorpe, West Yorkshire, England in June 1982. One of her best known roles came starring as Beth Latimer on the television series Broadchurch from 2013 to 2017. In 2017 she began starring as The Doctor on the TV series Doctor Who when she became the first female to play the role. Whittaker has also had recurring roles on the TV series Tess of the D'Urbervilles, Wired, Marchlands, The Smoke, The Assets, and Trust Me. Jodie Whittaker has also starred in several films including Venus, Attack the Block, Adult Life Skills, and Journeyman. She has also starred in stage productions including The Storm, Awake and Sing, and Antigone. Whittaker won a Royal Television Society Award for best Actress for The Afternoon Play in 2007 and she has been nominated for more than a dozen other awards. 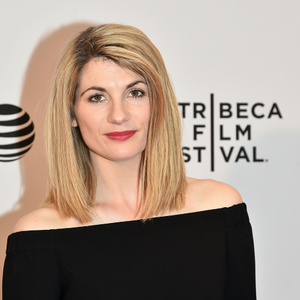