Jodelle Ferland Net Worth: Jodelle Ferland is a Canadian actress who has a net worth of $4 million dollars. Jodelle Ferland was born in Nanaimo, British Columbia, Canada, in 1994, and started appearing in commercials as a toddler. By the time she was four, Ferland made her TV and movie debut with a part in "Mermaid".

Ferland earned an Emmy Award nod for the made-for-TV movie, becoming the youngest actress in history to receive an Emmy nomination. Since then, she has appeared in dozens of movies and TV shows, including "Stargate SG-1", "Supernatural", "Smallville", "Trapped", "They", and "Tideland". In 2006, she starred in the horror film "Silent Hill" and later earned a part in "Good Luck Chuck" with Dane Cook and Jessica Alba. Ferland played Bree Tanner in "Eclipse", the third installment of the "Twilight" franchise. Her other TV and film credits include "The Cabin in the Woods", "Mighty Fine", "Ice Quake", "Home Alone: The Holiday Heist", and "Case 39" with Renee Zellweger. In addition to her Emmy nod, Ferland has been nominated for nearly a dozen awards in her career, winning a Young Artist Award for "Mermaid" and a CAMIE Award for Lead Performance in a TV Movie, Series, or Special for her part as the title character in "Pictures of Hollis Woods". 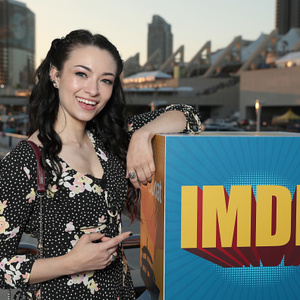