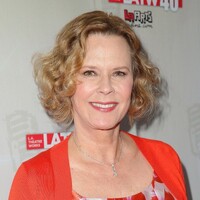 JoBeth Williams net worth: JoBeth Williams is an American actress and director who has a net worth of $50 million. She was nominated for an Academy Award for her directorial debut, 1994's short film On Hope. She has been the president of the Screen Actors Guild Foundation since 2009.

JoBeth Williams was born in Houston, Texas in December 1948. She has acted on stage and in television and movies. Williams has over 100 acting credits to her name starting in 1974 in the TV series Jabberwocky and Great Performances. From 1977 to 1981 she starred as Brandy Schlooe in the soap opera Guiding Light. Williams starred as Reggie Love in the television series The Client from 1995 to 1996. In 1999 she starred as Constance "Connie" Payne in the TV series Payne. Williams has had recurring roles in the TV series Dexter, Private Practice, Hart of Dixie, Marry Me, and Your Family or Mine. She has starred in the movies Stir Crazy, Poltergeist, The Big Chill, The Day After, Teachers, and Poltergeist II: The Other Side. Williams has been nominated for an Academy Award, a Golden Globe Award, and three Primetime Emmy Awards.

Personal Life: JoBeth has been married to director/producer John Pasquin since 1982. They have two sons together.

Real Estate: In 1997, JoBeth and John bought a 2.5-acre palatial private mansion in Bel Air for around $6 million. In January 2020 they listed the home for sale for a shade under $30 million.