Joanne Worley net worth: Joanne Worley is an American actress, comedian, and singer who has a net worth of $4 million. Joanne Worley was born in Lowell, Indiana in September 1937. In addition to film and television she is also known for her work in theater, game shows, talk shows, cartoons, and commercials.

From 1967 to 1973 Worley starred on the television series Rowan & Martin's Laugh-In. In 1985 she voiced the role of Hoppopotamus on the TV series Wuzzles. Worley appeared in several films including Moon Pilot, Head, The Shaggy D.A., Nutcracker Fantasy, Beauty and the Beast, A Goofy Movie, Forever Plaid: The Movie, and more. Joanne Worley has also appeared in episodes of several TV series including The Many Loves of Dobie Gillis, Love, American Style, Adam-12, Pyramid, Match Game, Six Million Dollar Man, Hawaii Five-O, The Love Boat, CHiPs, Murder, She Wrote, Mad About You, Caroline in the City, Sabrina, The Teenage Witch, Boy Meets World, Wizards of Waverly Place, Bones, Curb Your Enthusiasm, The Middle, and more. She was married to actor Roger Perry from 1975 to 2000. 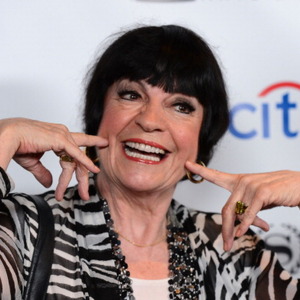