Joanne Froggatt net worth: Joanne Froggatt is an English actress who has a net worth of $2 million. Joanne Froggatt was born in Littlebeck, North Yorkshire, England, United Kingdom in August 1980. She is best known for starring as Anna Bates in the television series Downton Abbey. Froggatt studied at the Redroofs Theatre School at the age of 13.

She first appeared on the TV series The Bill in 1996. From 1997 to 1998 Froggatt starred as Zoe Tattersall in the television series Coronation Street. In 1999 she had a recurring role as Rachel Hicks in the series Bad Girls. In 2009 she starred in the TV series Robin Hood as Kate. Her best known role has come starring as Anna Bates in the TV series Downton Abbey since 2010. Froggatt has also had recurring roles in the TV series Nature Boy, Other People's Children, A Touch of Frost, Paradise Heights, Island at War, Life on Mars, and Spooks: Code 9. She has starred in the movies Miranda, In Our Name, Filth, and Still Life. In 2015 Froggatt won a Golden Globe Award for her role in Downton Abbey. She also won a Screen Actors Guild Award in 2013 and has been nominated for two other SAGs as well as two Primetime Emmy Awards. 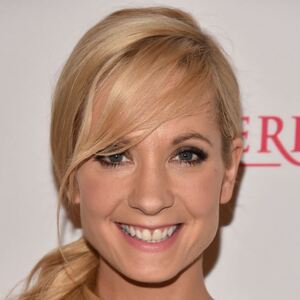