Joanna Moore net worth: Joanna Moore was an American actress who had a net worth of $10 million at the time of her death. Joanna Moore was born in Parrott, Georgia in November 1934 and passed away in November 1997. She has more than 90 acting credits to her name including appearing in several films and episodes of TV series such as Appointment with a Shadow, Flood Tide, Touch of Evil, Ride a Crooked Trail, Monster on the Campus, The Last Angry Man, Walk on the Wild Side, Follow That Dream, Son of Flubber, The Man from Galveston, Countdown, Never a Dull Moment, J.C., The Hindenburg, Run Chrissie Run!, Perry Mason, Gunsmoke, The Andy Griffith Show, The Man from U.N.C.L.E., The Wild Wild West, Bewitched, The Waltons, Kung Fu, and more.

She was married four times including to Don Oreck and Ryan O'Neal and has two children: Griffin O'Neal and Tatum O'Neal. Joanna Moore passed away on November 22, 1997 at 63 years old from lung cancer. 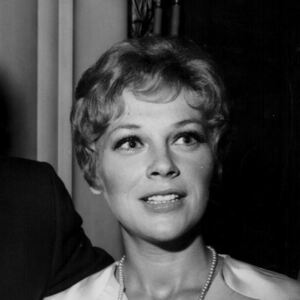