Joanna Kerns net worth: Joanna Kerns is an American actress and director who has a net worth of $25 million. She is probably best-known for playing the role of Maggie Seaver on the television series Growing Pains but today she is also a highly successful television director.

Joanna Kerns was born in San Francisco, California in February 1953. Kerns competed in the Olympics trials for gymnastics in 1968. She started off as a dancer and first starred in the movie Ape in 1976. In 1984 Kerns starred as Pat Devon in the television series The Four Seasons. Her best known role came starring as Maggie Malone Seaver on the TV series Growing Pains from 1985 to 1992. Kerns starred in many TV movies and also appeared in episodes of the TV series Starsky and Hutch, Rhoda, Charlie's Angels, The Love Boat, CHiPs, Laverne & Shirley, Magnum, P.I., The A-Team, Three's Company, The Closer, and Chicago Hope. Kerns has also directed episodes of the TV series Growing Pains, Suddenly Susan, Clueless, Boston Public, Ally McBeal, Judging Amy, Felicity, Dawson's Creek, One Tree Hill, Ghost Whisperer, Scrubs, ER, Medium, Psych, Army Wives, Pretty Little Liars, and Switched at Birth. Joanna was married to producer Richard Kerns from 1976 to 1985. She married architect Marc Appleton in 1994. She filed for divorce from Appleton in August 2019.

Real Estate: Joana and her husband Marc Appleton have owned a number of homes together over the years, primarily in Southern California. They own a large, gorgeous mansion in Santa Barbara, California that sits on nearly two-acres. Marc bought the property in 1993 for $730,000. They listed it for sale in July 2020 for $8.5 million. 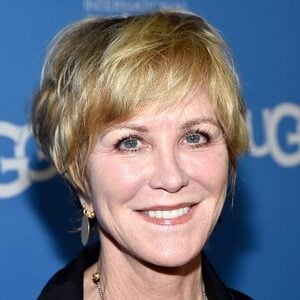