Joanna Lynne Garcia (or Joanna Garcia Swisher) was born in Tampa, Florida in August 1979. Joanna started acting at the age of 10. The Disney Channel discovered her, but her parents put school first. She was the homecoming queen at her high school. Her first role came in the TV series Superboy in 1992. She was discovered by Nickelodeon and played Samantha on Are You Afraid of the Dark? from 1994 to 1996. She then moved to Los Angeles, CA and focused on acting full time. In 1998 she had a role on Party of Five and in 2000 she appeared on Freaks and Geeks. From 2001 to 2007 Garcia played Cheyenne on the TV series Reba. She has also starred in the TV shows Privileged, Gossip Girl, Better with You, Animal Practice, Astronaut Wives Club, Once Upon a Time, and The Mindy Project. She has appeared in movies such as Not Another Teen Movie and American Pie 2. She has been nominated for a Teen Choice Award and an ALMA Award. Joanna married baseball player Nick Swisher in 2010 and the couple has one daughter. 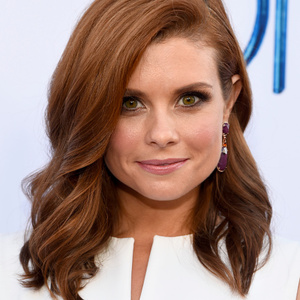