How much is Joanna Cassidy Worth?

Joanna Cassidy net worth: Joanna Cassidy is an American actress who has a net worth of $5 million. Joanna Cassidy was born in Haddonfield, New Jersey in August 1945. She majored in art at Syracuse University and then worked as a fashion model. She moved to San Francisco, California with her husband where she continued to model and got into acting. Cassidy has over 150 acting credits to her name starting with the movie Bullitt in 1968. In 1979 she starred as Deputy Morgan Wainwright in the television series 240-Robert. Cassidy starred as Jo Jo White in the TV series Buffalo Bill from 1983 to 1984. From 1997 to 1998 she starred as Maggie Sawyer in the series Superman. From 2001 to 2005 Cassidy starred in the television series Six Feet Under as Margaret Chenowith. From 2010 to 2013 she starred as Elaine Fitzpatrick in the TV series Call Me Fitz and from 2011 to 2013 she starred as Joan Hunt in the series Body of Proof. Cassidy has starred in the movies The Outfit, The Laughing Policeman, Bank Shot, The Cursed Medallion, Stay Hungry, American Raspberry, The Late Show, Night Games, Blade Runner, Under Fire, Who Framed Roger Rabbit, Don't Tell Mom the Babysitter's Dead, Vampire in Brooklyn, Larry the Cable Guy: Health Inspector, and The Grudge 2. In 1984 Cassidy won a Golden Globe Award for Buffalo Bill. She has also been nominated for two Primetime Emmy Awards and a Screen Actors Guild Award. 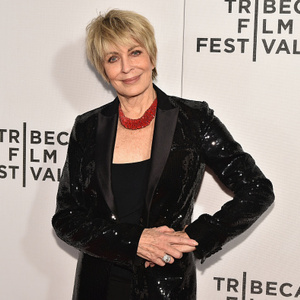