Joan Van Ark net worth: Joan Van Ark is an American actress who has a net worth of $10 million. Joan Van Ark was born in New York City, New York in June 1943. One of her best known roles came starring as Valerie on the soap opera Knots Landing from 1979 to 1993.

Van Ark starred as Nurse Anne Carlisle on the television series The New Temperature Rising Show from 1972 to 1973. From 1977 to 1978 she starred as Dee Dee Baldwin on the TV series We've Got Each Other. Joan Van Ark voiced the role of Spider-Woman / Jessica Drew on the series Spider-Woman from 1979 to 1980. From 2004 to 2005 she starred as Gloria on the soap opera The Young and the Restless. In 1985 Van Ark won a Daytime Emmy Award for CBS Tournament of Roses Parade. In 1986 and 1989 she won Soap Opera Digest Awards for Knots Landing. 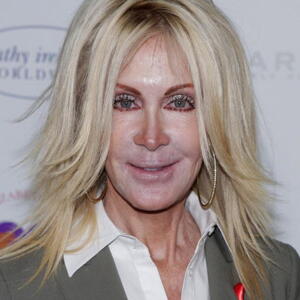