What Is Joan Cusack's Net Worth?

Joan Cusack is an American actress who has a net worth of $20 million. Cusack is the sister of actors John Cusack and Ann Cusack, and she made her acting debut in 1980, appearing in the films "Cutting Loose" and "My Bodyguard."

Joan Cusack was born Joan Mary Cusack on October 11, 1962, in New York City. Her mother, Ann (better known as Nancy) is a retired math teacher and political activist, and her father, Dick, was an actor and documentary filmmaker. Joan grew up in a Catholic household in Evanston, Illinois, with siblings John, Ann, Susie, and Bill. Joan and John have co-starred in several films together, including "Say Anything…" (1989) and "High Fidelity" (2000), and Ann guest-starred on "What About Joan?" in 2001. Cusack attended the University of Wisconsin-Madison, earning an English degree in 1984. 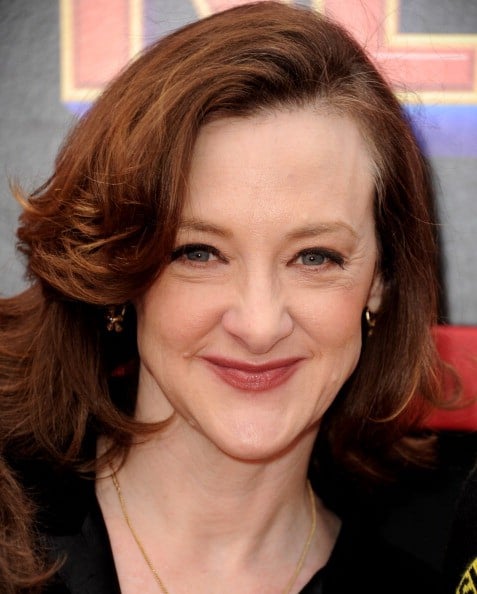 Joan married attorney Richard Burke in 1993, and they welcomed son Dylan in June 1997, followed by son Miles in July 2000. At one point, Burke was the President of Apartments.com. Today he is the President & CEO of immigration technology and employment platform Envoy Global. In 2011, Cusack opened a gift shop in Old Town, Chicago, called Judy Maxwell Home. The name of the shop was inspired by Joan's favorite movie, "What's Up Doc?," in which Barbra Streisand played a character named Judy Maxwell.

In 2007, Cusack and Burke paid $5.3 million for an 8,000 square foot home in the Gold Coast area of Chicago. The home includes six bedrooms, 6.5 bathrooms, a library, seven fireplaces, and an indoor swimming pool. Shortly before buying the mansion, Joan and Richard sold their home in the Ravenswood area of Chicago for $4.66 million. They purchased the seven-bedroom, 4.5-bathroom home for $905,000 in 1998.