Jo Anne Worley Net Worth: Jo Anne Worley is an American actress who has a net worth of $2 million. Jo Anne Worley was born in Lowell, Indiana in September 1937. Jo Anne moved to New York and became a member of the Pickwick Players. She attended Midwestern State University in Wichita Falls, Texas on a drama scholarship.

She then moved to Los Angeles, California and started acting in musicals. She appeared on Broadway's Hello, Dolly in 1964 and then created her own nightclub act. Worley was discovered by Merv Griffin in 1966. Worley appeared about 40 times as a guest on The Merv Griffin Show. Her first screen role came in the TV series The Many Loves of Dobie Gillis from 1960 to 1961. One of Worley's best known roles was on Rowan & Martin's Laugh-In from 1968 to 1970. From 1970 to 1973 she starred in the television series Love, American Style. Worley also was a voice actor, voicing roles in the movies Belle's Magical World, A Goofy Movie, Beauty and the Beast, and Nutcracker Fantasy. In 1972 she starred in The Shaggy D.A. She has appeared in episodes of Adam-12, Six Million Dollar Man, Murder, She Wrote, Mad About You, Caroline in the City, Boy Meets World, Sabrina, The Teenage Witch, Wizards of Waverly Place, Bones, Curb Your Enthusiasm, and The Middle. Jo Anne married Roger Perry in 1975 but the couple divorced in 2000. Worley is the President and is on the Board of Directors for Actors and Others for Animals. 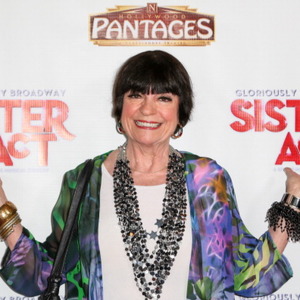