Jo Ann Pflug net worth: Jo Ann Pflug is an American actress who has a net worth of $5 million. Jo Ann Pflug was born in Atlanta, Georgia in May 1940. From 1967 to 1968 she provided the voice of Invisible Girl / Susan Storm Richards on the television series Fantastic Four. Pflug starred as Lt.

Katherine O'Hara on the TV series Operation Petticoat from 1978 to 1979. From 1981 to 1982 she starred as Samantha "Big Jack" Jack on the series The Fall Guy. Jo Ann Pflug also had recurring roles on the TV series Love, American Style, Quincy M.E., and The Love Boat. In her early career she had a weekly radio show. Pflug starred as Lt. Dish in the movie MASH in 1970. Her last acting roles came in the movies Traveller and Midnight in the Garden of Good and Evil in 1997. Jo Ann married Chuck Woolery in 1972 and the couple divorced in 1980 after having one daughter. 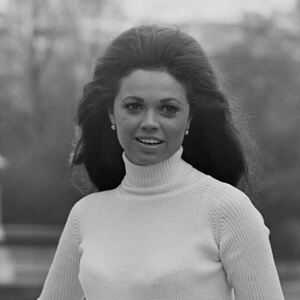