Jimmy Workman net worth: Jimmy Workman is an American actor who has a net worth of $500 thousand. Jimmy Workman was born in Fairfax, Virginia, and began his professional on-camera career in the early 90s. He went on to appear in both film and television productions, including "Black Sheep", "As Good As It Gets", "The Biggest Fan", "Christmas in Connecticut", "Matlock", and "Life with Louie". He is most widely recognized for his debut role as Pugsley Addams in the early 90s reboot of "The Addams Family". He reprised the role in the sequel, "Addams Family Values", and again in multiple episodes of "Saturday Night Live" between 1991 and 1993. In the late 90s, he began working behind the scenes, as well, beginning with a Production Assistant position on "Star Trek: Insurrection". In 2004, he chose to retire from acting, and has shifted his focus to technical work for film and television. Jimmy's little sister is Modern Family actress Ariel Winter.

In 2013 Jimmy petitioned a California court to grant him custody of Ariel, who was 15 at the time and starring on "Modern Family". A year earlier, oldest sibling Shanelle Gray was granted guardianship of Winter following accusations that the group's mother was physically and emotionally abusive to Winter. Jimmy disputed the allegations against their mother and countered that Shantelle had allowed Ariel to be "publicly sexualized" and used the younger sibling's success to promote her own acting school. Jimmy also claimed that Shanelle was using a portion of Ariel's Modern Family earnings to fund her own lavish lifestyle that included "lavish parties and limousines". Furthermore, Jimmy claimed that the group's father, who was in charge of Ariel's finances, was an unfit guardian because his dire financial situation made him vulnerable to manipulation.

After a year of legal fighting, in May 2014 a settlement was reached where Shanelle would retain custody of Winter, the father would maintain control of her finances while making routine reports to an LA Court. In the meantime, Superior Court Judge Daniel Murphy retained jurisdiction over Ariel until she turned 18 on January 28, 2016. 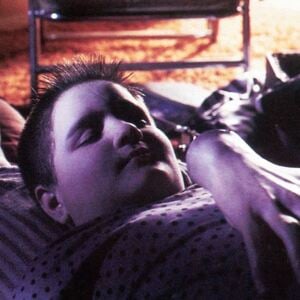