How much is Jimmy Smits Worth?

Jimmy Smits Net Worth and Salary: Jimmy Smits is an American actor who has a net worth of $15 million. Over the course of his career, Jimmy Smits has gained a reputation for playing lawyers, detectives, and similar characters in a number of different series and films. These include "L.A. Law," "NYPD Blue," and "The West Wing." Outside his law-related roles, Jimmy is known for appearing in films like "Switch" and "My Family."

During the 90s, Jimmy played a supporting role in the film "Running Scared." Sci-Fi fans may also remember Jimmy Smits from various Star Wars films. Smits portrayed Bail Organa, a notable character in the Star Wars universe who appeared in a number of films in the Prequel Trilogy, and again in "Rogue One." During this period, he also gained exposure through the series "Dexter." In the 2010s, Smits gained notoriety for appearing in series like "Sons of Anarchy" and "Bluff City Law."

Early Life: Jimmy L. Smits was born on July 9th of 1955 in Brooklyn, New York. Smits father was from Suriname, while his mother was Puerto Rican. Raised alongside two sisters in a working-class neighborhood, Jimmy grew up in a devout Roman Catholic household. Through his mother, Smits has strong Puerto Rican and identifies as Puerto Rican.

During his high school years, Jimmy became an avid athlete. After graduating, he attended Brooklyn College. He eventually graduated with a bachelor's degree in 1980 before attending Cornell University, where he obtained an MFA.

Career: One of Smits' earliest roles came in a 1984 episode of "Miami Vice." In 1986, he played a lawyer for the first time in "L.A. Law." The role would help establish him as an actor, and he appeared in the show's first five seasons. Smits eventually won a Primetime Emmy Award in 1990 for his role in "L.A. Law."

During this period, Jimmy appeared in the film "My Family" and also played a repairman on "Pee-wee's Playhouse." In 1994, he booked another important role in "NYPD Blue," playing Detective Bobby Simone. The role helped advance Jimmy's career significantly, and critics heaped praise upon him. Due to his performances in "NYPD Blue," Jimmy won a Screen Actors Guild Award in 1995 and a Golden Globe Award for Best Actor in 1996. In addition to a number of other award nominations during this period, Smits was also given the HOLA Award for Excellence.

In the early 2000s, Jimmy took on the role of Bail Organa for the first time in "Star Wars: Episode II – Attack of the Clones." Although the film is widely considered one of the worst Star Wars films ever made, it grossed an impressive $653.8 million. Smits reprised his role in "Star Wars Episode III – Revenge of the Sith," a film that received much stronger reviews and raked in $868.4 million at the box office. Along with Ewan McGregor and Ian McDiarmid, Jimmy Smits was singled out for praise by critics.

Smits then appeared as Bail Organa for a third time in "Rogue One," another prequel that bridged the gap between "Star Wars Episode III" and "Star Wars Episode IV." Although "Rogue One" was one of the most expensive films ever made with a budget of well over $200 million, it generated $1.056 billion to become the 20th-highest-grossing film of all time.

For the final two seasons of "The West Wing," Smits played Congressman Matt Santos of Houston. In the third season of "Dexter," Smits played an assistant district attorney. Although Jimmy later appeared in the series "Cane," it was canceled after one season due to the 2007 Writer's Guild Strike. In the fifth season of "Sons of Anarchy," Smits showed his range by playing a pimp.

After starring in "The Get Down," Smits returned to playing legal drama with a new role in "Bluff City Law." Smits is also known for his stage performances, and he has appeared in various Shakespeaere productions in New York City. He also starred in the critically-acclaimed Broadway plays "Anna in the Tropics" and "God of Carnage." In addition, Jimmy has booked voice roles in a number of video games. In 2008, he reprised his role of Bail Organa in the critically-acclaimed game "Star Wars: The Force Unleashed." In 2016, he booked another notable voice role in "Gears of War 4."

Relationships: In 1981, Jimmy married his high school sweetheart, Barbara Smits. Over the course of their relationship, they had two children together before divorcing in 1987. In 1986, Jimmy began a relationship with actress Wanda De Jesus. The couple currently lives together in Los Angeles.

Salary: Although "Outlaw" only aired for one year in 2010, Smits was earning a peak sum of $150,000 per episode. Since there were 8 episodes in total before the series was canceled, Jimmy earned a total amount of $1.2 million for his time on "Outlaw."

Real Estate: According to public records, Jimmy purchased a home in Los Angeles, California for $1.565 million back in 1993. The residence features four bedrooms, four bathrooms, and 4,405 square feet of living space.

Legal Issues: In 1987, Jimmy Smits was arrested after an altercation at his home. Someone placed a call for help to the police, and they arrived shortly thereafter. His girlfriend Wanda De Jesus then attacked the police after misidentifying herself as Juanita Cruz while being questioned. Seeing his girlfriend in the midst of a physical confrontation, Jimmy joined the scuffle.

Both he and his girlfriend were then arrested and charged for battery. Althogh the charges were dropped due to conflicting witness statements, Smits pleaded guilty to disturbing the police, a misdemeanor offense. He was then sentenced to 18 months of probation, 50 hours of community service, and a $150 fine. His girlfriend also pleaded guilty to several charges and received a similar sentence. 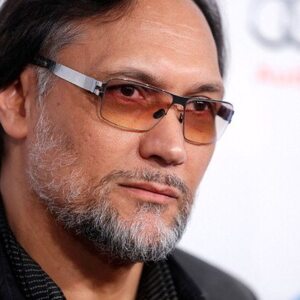