Jimmy Savile Net Worth: Jimmy Savile was an English DJ, television presenter, media personality and charity fundraiser who had a net worth of $10 million at the time of his death in 2011. He was born James Wilson Vincent Savile on October 31, 1926 in Leeds, West Riding of Yorkshire, England. He made a name for himself for hosting two notable shows on the BBC such as Jim'll Fix It and Top of The Pops.

He first started his career playing records, and later continued to dabble in various other activities, like managing dance halls. He got his start in media in 1958 when he began to serve as a disc jockey at Radio Luxembourg. As of 1960, Savile could be also seen on Tyne Tees Television, where, unsurprisingly, he built up a reputation for weirdness and flamboyance. In 1964, he joined BBC presenting the first edition of Top of the Pops. Four years later, he was also broadcast on BBC Radio 1, after which he started to presented Jim'll Fix It in 1994. Although he was renowned for fund-raising and supporting numerous charities, he was actually one of the most prolific sexual offenders in Britain. Just one year after his death, hundreds of allegations of child sex abuse and rape came to light. 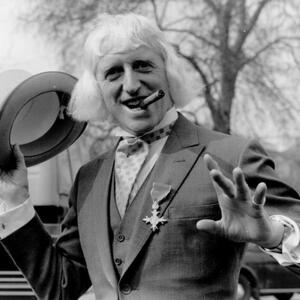