Jimmy McNichol net worth: Jimmy McNichol is an American actor who has a net worth of $2 million dollars. Jimmy MchNichol was born in Los Angeles, California and began his professional acting career when he was in elementary school. He shot his first commercial for Band-Aids when he was seven, and then went on to a very successful career in commercials, before making the leap to television and film when he was twelve.

He went on to play guest starring, recurring, and co-starring roles on such television shows as "General Hospital", "Gunsmoke", "Little House on the Prairie", "The Fitzpatricks", "The Love Boat", and "V.R. Troopers". He also appeared in such films as "Smokey Bites the Dust", "Night Warning", and "California Cowboys". He is most widely recognized for his starring role on "California Fever", for which he also recorded the theme song. He and his sister, actress Kristy McNichol, also released an album. He later shifted his focus to music, performing and recording with his band, Wizard King. 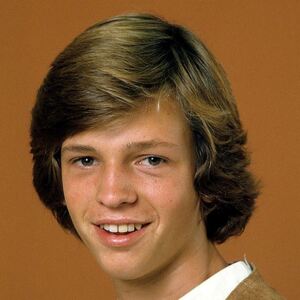