Jimmy Dore net worth: Jimmy Dore is an American stand-up comedian who has a net worth of $4 million. Jimmy Dore was born in Chicago, Illinois in July 1965. As an actor he has starred in the movies Sham and Janeane from Des Moines and in the shorts Agent 15, The Good Part, and Laura Gets Adopted.

Dore has appeared on episodes of the TV shows Late Friday, Last Comic Standing, Friday Night Videos, Jimmy Kimmel Live!, The Late Late Show with Craig Kilborn, Comedy Central Presents, Make Me Laugh, Premium Blend, The Young Turks, and Shorties Watchin' Shorties. In 2015 he starred in the TV special Jimmy Dore: Sentenced To Live. Dore has also released the comedy albums It's Not Brain Surgery in 2000, Really? in 2004, and Citizen Jimmy in 2008. 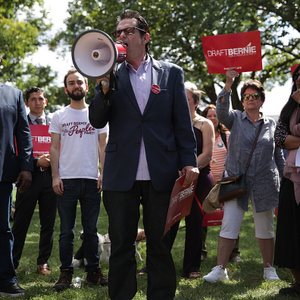