What Is Jimmi Simpson's Net Worth and Salary?

Jimmi Simpson was born James Raymond Simpson on November 21, 1975, in Hackettstown, New Jersey. Jimmi grew up with two older brothers and has said that his parents "had no expectation for me besides what I wanted." In a 2016 interview with "New Jersey Monthly," Simpson said of his childhood, "It was really great. Hackettstown had everything. I had woods in my backyard, which is where I spent most of my time as a kid. I skateboarded. I was heavy into chorus." While attending Hackettstown High School, he took a drama class that "didn't quite make sense to [him]," then he became more involved with theatre at Pennsylvania's Bloomsburg University. Jimmi earned a Bachelor of Arts in theatre, then he spent four seasons performing at the Williamstown Theatre Festival in Massachusetts.

Jimmi began a relationship with actress Melanie Lynskey after meeting on the set of "Rose Red" in 2001, and they married in New Zealand (where Lynskey is from) on April 14, 2007. Melanie filed for divorce after five years of marriage on grounds of irreconcilable differences, and the divorce was finalized in May 2014. Simpson wed actress Sophia Del Pizzo on April 5, 2019, and he filed for divorce in July 2021. 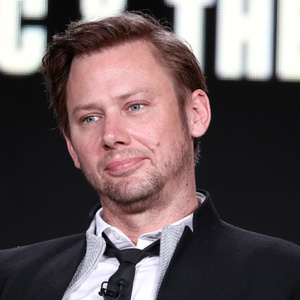