What was Jim Varney's Net Worth?

Jim Varney was an American comedian, actor, musician, voice artist, and producer who had a net worth of $12 million dollars. Jim is most widely known for his interpretation of Ernest P. Worrell which he played in several Ernest TV commercial campaigns and movies. His catchphrase "KnoWhutIMean, Vern?" went viral nationally almost the moment he uttered it. Additionally, he achieved recognition for his voice work as Slinky Dog in the first two "Toy Story" films. Varney's other credits include the television series "Operation Petticoat" and "The Rousters," and the films "The Beverly Hillbillies" and "Daddy and Them."

He was a heavy smoker which later was connected to the development of lung cancer. After a series of chemo treatments, Jim died in White House, Tennessee on February 10, 2000 at the age of 50.

Jim Varney was born on June 15, 1949 in Lexington, Kentucky. Early on, he exhibited a facility with memorization and performance, and would imitate the characters in the cartoon programs his mother showed him. To nurture this skill, Varney was enrolled in a children's theater at the age of eight. Later, as a student at Lafayette High School, he participated in stage productions and won multiple drama competition state titles. By the age of 17, Varney was performing professionally at coffee houses and nightclubs. He went on to study Shakespeare at the Barter Theatre in Abingdon, Virginia, and later performed at the Pioneer Playhouse in Danville, Kentucky. Varney's credits at the time included productions of "Blithe Spirit" and "Boeing 707," as well as the original musical "Fire on the Mountain."

Varney began his screen-acting career in the latter half of the 70s, during which time he was a regular on "Johnny Cash and Friends." In 1977, he had a recurring role on the late-night talk show parody "Fernwood 2 Night," and also began a main role on the television series adaptation of the film "Operation Petticoat." Varney subsequently appeared in episodes of the sitcom "Alice" and the variety show "Pink Lady," on which he played many different characters.

In 1980, Varney debuted what would become his most iconic character, Ernest P. Worrell. He made his first appearance in the role in a commercial for Beech Bend Park in Bowling Green, Kentucky. Subsequently, Ernest was franchised for use in markets across the nation, and was often used to advertise milk products. Additionally, Varney played Ernest in New Orleans-area commercials for natural gas utilities, as well as in commercials for Braum's Ice Cream and Dairy Stores in Oklahoma. Among his other commercial credits, he starred in ads for an array of car dealerships, local television stations, and fast food chains.

As the popularity of Ernest grew, the character's appearances expanded to include films and television programs. Varney's first appearance as Ernest in a film was in the 1983 direct-to-video comedy anthology "Knowhutimean? Hey Vern, It's My Family Album." Two years later, he starred in his first feature-length film, the science-fiction comedy "Dr. Otto and the Riddle of the Gloom Beam." Varney had his biggest success yet as Ernest in 1987, when he appeared in the box-office hit "Ernest Goes to Camp." Next, in 1988, he appeared on the short-lived children's television series "Hey Vern, It's Ernest!," for which he received a Daytime Emmy Award. Subsequently, Varney starred as Ernest in the films "Ernest Saves Christmas," "Ernest Goes to Jail," "Ernest Scared Stupid," "Ernest Rides Again," "Ernest Goes to School," "Slam Dunk Ernest," "Ernest Goes to Africa," and "Ernest in the Army," the final feature film starring Varney in the role. 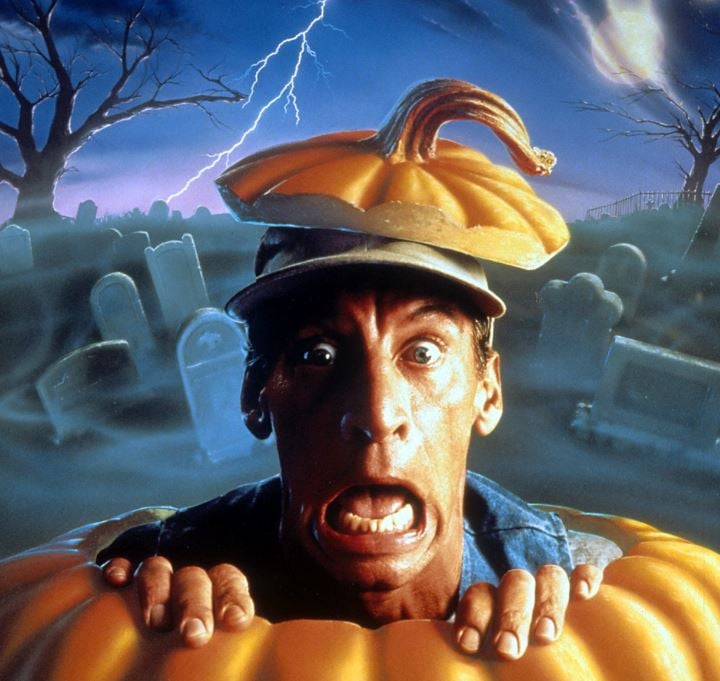 Among his other notable credits beyond Ernest, Varney authored the character of stolid drill instructor Sgt. Glory, who appeared in a number of commercials. He also played Evan Earp on the adventure television series "The Rousters" from 1983 to 1984. On the big screen, Varney appeared in the comedies "Fast Food," "Wilder Napalm," and the 1993 film adaptation of "The Beverly Hillbillies," in which he played Jed Clampett. Varney had one of his biggest years on film in 1995, when he voiced the character Slinky Dog in the hit Pixar animated film "Toy Story"; he later reprised the role in the sequel "Toy Story 2." Also in 1995, Varney appeared in the action thriller "The Expert." His other credits in the 90s include the films "Snowboard Academy," "100 Proof," "3 Ninjas: High Noon at Mega Mountain," and "Treehouse Hostage," as well as episodes of the television shows "Roseanne" and "The Simpsons." Varney's final two films were both released posthumously in 2001: Billy Bob Thornton's dramedy "Daddy and Them" and the Disney animated adventure film "Atlantis: The Lost Empire."

A longtime chainsmoker, Varney developed a bad cough while filming "Treehouse Hostage" in 1998. After filming wrapped, he was diagnosed with lung cancer. Varney continued to perform, and reportedly quit smoking to be able to do so. He eventually underwent chemotherapy, which was ultimately not sufficient in improving his condition. In February of 2000, Varney passed away at his home in White House, Tennessee at the age of 50. He is interred in Lexington Cemetery in his hometown in Kentucky. 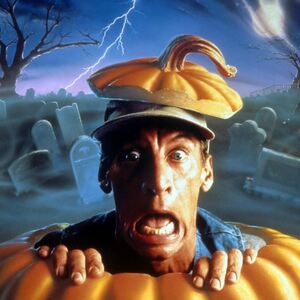