Jim Sturgess net worth: Jim Sturgess is an English actor, singer, and songwriter who has a net worth of $4 million. Jim Sturgess was born in Wandsworth, London, England, United Kingdom in May 1978. As an actor he starred as Dion Patras on the television series Feed the Beast in 2016. Sturgess has starred in several films including Mouth to Mouth, Across the Universe, The Bother Boleyn Girl, 21, Fifty Dead Men Walking, Crossing Over, Heartless, The Way Back, Legend of the Guardians: The Owls of Ga'Hoole, One Day, Ashes, Cloud Atlas, The Best Offer, Upside Down, Electric Slide, Stonehearst Asylum, Kidnapping Freddy Heineken, Geostorm, and more.

He has also appeared in episodes of the TV series The Scarlet Pimpernel, Heartbeat, Judge John Deed, A Touch of Frost, The Last Detective, Close to the Enemy, Hard Sun, and others. Sturgess has also released many songs on soundtracks. Sturgess was nominated for a Teen Choice Award in 2008 for Choice Movie Breakout Role. 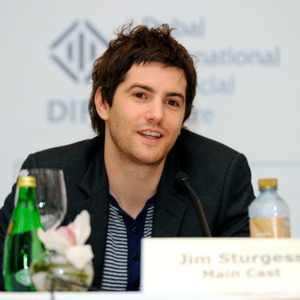