Jim Rash net worth: Jim Rash is an American actor, comedian, producer, and screenwriter who has a net worth of $8 million dollars. Jim Rash is best known for playing Dean Pelton on the NBC sitcom "Community' who has a net worth of $XX. Jim Rash was born on July 15, 1970 in Charlotte, North Carolina where he attended Charlotte Latin School and the University of North Carolina at Chapel Hill where he was a member of the Pi Kappa Alpha fraternity.

Rash is a member of the Los Angeles improvisational comedy troupe The Groundlings. He has worked on television shows for years, including as Fenton on "That 70s Show", as Andrew "the whore house guy" on "Reno 911! and in the final episode of "Friends". From 2009 to 2014 Rash starred as the dean of the community college on "Community". Rash and his comedy partner Nat Faxon wrote a pilot for a series in 2005 called "Adopted" that did not get picked up. Rash and Faxon also co-wrote the screenplay adaptation for Kaui Hart Hemmings' novel "The Descendants". The script appeared on the 2008 edition of the Black List, which lists the most popular unproduced scripts in Hollywood at that time. The script got picked up and was made into a critically acclaimed and award winning movie starring George Clooney. Rash and Faxon won the Academy Award for Best Adapted Screenplay for "The Descendants". He also co-wrote and directed the film "The Way, Way, Back" parts of which are based on Rash's life as a teenager. Since 2014 he has provided voice work for the television series Mike Tyson Mysteries. 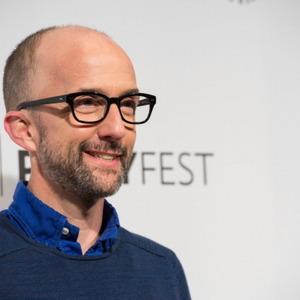