Jim Parrack Net Worth: Jim Parrack is an American actor who has a net worth of $2 million. Jim Parrack was born in Allen, Texas in February 1981. He moved to Los Angeles, California and studied acting at The Stella Adler Academy and the Playhouse West. His first television appearance came in the series Monk in 2006.

His film debut came in the 2006 movie Annapolis. One of Parrack's best known roles has been as Hot Fortenberry in the HBO series True Blood since 2008. He has starred in the films Finishing the Game: The Search for a New Bruce Lee, Battle: Loss Angeles, Sal, Post, Isolated, As I Lay Dying, Child of God, A Night in Old Mexico, Daisy's, and The Labyrinth. Parrack has also appeared in episodes of ER, Standoff, CSI: Crime Scene Investigation, Grey's Anatomy, Close to Home, NCIS, Raines, Criminal Minds, Supernatural, and Alcatraz. For True Blood he has won a Satellite Award and been nominated for a Screen Actors Guild Award. Jim is the president of 120 Productions, Inc. He married Ciera Danielle in 2008 and the couple has filed for divorce. He has been linked to actress Leven Rambin from The Hunger Games. 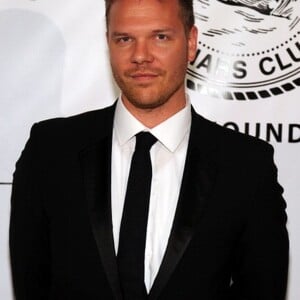