Jim Nabors Net Worth: Jim Nabors was an American actor, singer and comedian who had a net worth of $40 million dollars at the time of his death in 2017. Nabors was best known for his signature character Gomer Pyle on "The Andy Griffith Show" and eventually his own spin-off show "Gomer Pyle, U.S.M.C.". Nabors would go on to appear on multiple televisions shows and record a series of successful albums that showed off his impressive baritone voice. He continued to tour and perform late into life. Jim Nabors died on November 30, 2017 at the age of 87. In August 2018, Jim's heirs listed his Hawaiian estate for $15 million. He bought the nearly-6000 square foot home in the 1970s at a time when he was trying to get away from Hollywood. Located on Honolulu, the home has 170 feet of direct unobstructed ocean-front views.

Nabors began performing while in college at the University of Alabama, where he acted in skits and was an active member of the Delta Tau Delta International Fraternity. After graduating, he worked as a typist for the United Nations in New York and later moved to Chattanooga, Tennessee, where he worked as a film cutter at NBC affiliate WRGP-TV.

Jim moved to Los Angeles only a few years later due to his asthma and continued his work as a film cutter for NBC. While performing in cabaret theater at The Horn in Santa Monica, he caught the attention of Andy Griffith. Griffith invited him to guest star on one-episode of "The Andy Griffith Show" as Gomer Pyle, which was based on a character that Nabors used in his stand-up routine at The Horn. The was hugely popular with audiences, and Jim was invited to become a regular. His character was eventually given a series of its own, "Gomer Pyle, U.S.M.C.", which ran for five seasons until Nabors decided to move on to something else.

During the 1970's, Jim appeared in the children's television programs "The Krofft Supershow" and "Buford and the Galloping Ghost". Nabors also appeared in every season premiere of The Carol Burnett Show, as Burnett considered him a "good-luck charm".

In 1973, Nabors sang "The Star-Spangled Banner" before Game One of the Major League Baseball World Series and starred in an episode of "The Rookies."

In 1976, after moving from Bel Air, California to Hawaii, Nabors launched and hosted "The Jim Nabors Polynesian Extravaganza" at the Hilton Hawaiian Village. The show ran for two years.

Jim hosted his second variety show, "The Jim Nabors Show" from 1977-1978. The show was canceled after one season; however, it did earn a Daytime Emmy Award nomination for Outstanding Host or Hostess in a Talk, Service or Variety Series.

Nabors moved on to performing in a touring production of "Man of La Mancha" and the Saturday-morning children's television show "The Lost Saucer", where he sang in a few of the episodes.

Jim also appeared on episode six of season one of "The Muppet Show."

In 1984, Jim Nabors starred in the "Moulin Rouge" show at the Las Vegas Hilton and continued to perform in other shows throughout Reno and Las Vegas, Nevada.

Jim starred in "A Merry Christmas with Friends and Nabors", produced by Burton White, from 1997 – 2006. The show was a live performance that featured local and national artists and ran until director Thom Hansen's death in 2006.

Nabors first revealed his vocal talent on the February 24, 1964 "The Song Festers" episode of "The Andy Griffith Show". Nabors performed again on April 8, 1964 on "The Danny Kaye Show", and thus began his singing career with multiple successful recordings and live performances. While Jim's recordings were mostly romantic ballads, he also sang country, gospel, and pop.

On November 3, 1967, Jim Nabors performed as Gomer Pyle on the "Gomer Pyle, U.S.M.C." episode titled "The Show Must Go On", in which he sang "The Impossible Dream (The Quest)" in Washington, D.C., at a U.S. Navy relief show, accompanied by the Marine Corps Band. A clip from the show appears in the Pink Floyd album "The Wall" in the song "Nobody Home".

Nabors also hosted a variety show, "The Jim Nabors Hour (1969–1971)", which earned an Emmy nomination. After the cancellation of the show, Nabors embarked on a nationwide roadshow.

The State of Alabama named a section of U.S. Route 280 in Talladega County, Alabama, "Jim Nabors Highway" in October 1978,

Nabors received a star on the Hollywood Walk of Fame in 1991.

The Hawaii Pacific University awarded Nabors the Fellow of the Pacific Award for his "outstanding leadership, service, and dedication to the community".

Jim was inducted into the Alabama Stage and Screen Hall of Fame in 2006.

Nabors, along with U.S. Senator Daniel Inouye, was honored on January 19, 2007, at "A Night of American Heroes", a yearly dinner held in benefit of the Battleship Missouri Memorial at Pearl Harbor.

Jim Nabors was made an honorary Sergeant during the 238th Marine Corps birthday ball celebration on November 15, 2013, by Commandant of the Marine Corps Gen. James F. Amos.

Jim Nabors was an avid vacationer throughout his life and owned a macadamia plantation on Maui for 25 years.  Nabors sold the plantation to the National Tropical Botanical Garden in the late 1990's, although he continued to own a second home on the property and retained farming rights to the land.

On January 15, 2013, Nabors married his partner of 38 years, Stan Cadwallader, at the Fairmont Olympic Hotel in Seattle, Washington. The couple had met in the 1970's and began dating in 1975. Because homosexuality was taboo at the time, Jim's sexuality was mostly secret until his marriage, although the pair were spotted together throughout their relationship.

Jim moved to Hawaii full-time in 1976. Two years after his passing, Jim's primary home in Hawaii was put on the market for just under $15 million. The 6,000 square-foot Honolulu home sat on over a half acre with 170-feet of ocean frontage. It took three months to sell. The buyer paid $12 million.

For over 30 years he owned a 340-acre macadamia nut farm in Maui. In 2002 he sold this property to the National Botanical Garden for $4.7 million, to be conserved. 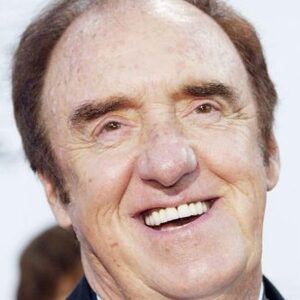